Security arrangements at Prince George's new school in the UK will be reviewed after a 40-year-old woman was arrested on suspicion of attempted burglary. 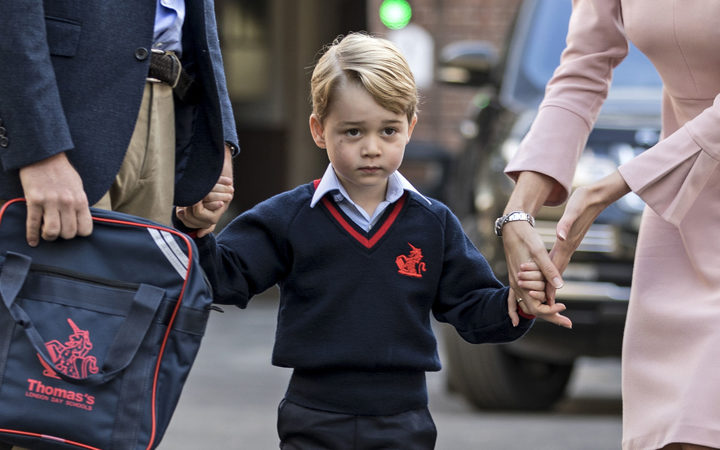 Scotland Yard said the woman was held on Wednesday after someone gained access to Thomas' Battersea School in west London on Tuesday about 2.15pm local time. 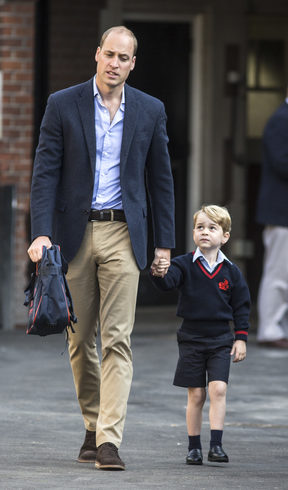 Prince William escorts his son to his first day of school. Photo: AFP

Police are "working with the school ... to review its security arrangements" following the arrest, the Met said.

The woman remains in custody at a south London police station.

A Met spokesperson said officers had "attended immediately after the issue came to light".

"Police are part of the protective security arrangements for the prince and we will continue to work closely with the school, which is responsible for building security on its site," they said.

The four-year-old prince started at the £18,000-a-year preparatory school on 7 September.

It educates 560 boys and girls aged from four to 13, with about 20 pupils in each class.

The young prince was at school on Tuesday, but it is thought unlikely he was there at the time of the break-in.

Kensington Palace said it was "aware of the issue but we would not comment further on security measures".