Rumours about Prince Philip's health sent the media here into a major flap last Thursday - even more so than most of their British counterparts. 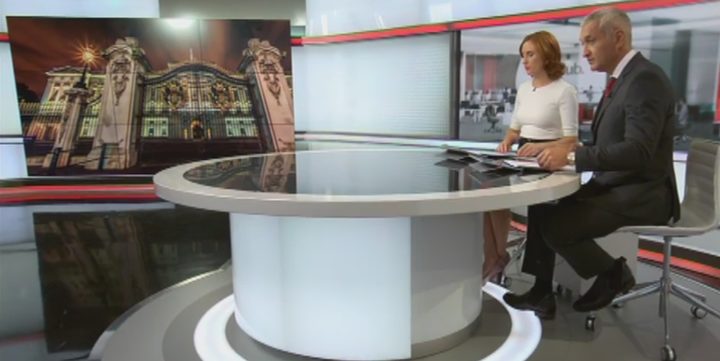 Newshub at 6 going live to Buckingham Palace at the top of the news on Thursday. Photo: screenshot

A Daily Mail report of an urgent meeting of the Queen's staff was first to set the rumour mill whirring on Thursday afternoon.

Just a few hours later, the rumours had gained sufficient traction for TV3 to begin Newshub at 6 with a story saying word of the meeting had sent "newsrooms and social media around the world ... into a frenzy".

It was also the lead story on RNZ's Checkpoint, which spent nearly 10 minutes speculating on what the meeting could mean.

Presenter John Campbell crossed to UK correspondent Adam Gilcrest, who said it was a big ask to make sense of Twitter.

"Or indeed of the French media who are indeed reporting that the Duke of Edinburgh has died."

That was despite the Prince having been photographed the previous day, and the Queen too, Mr Gilcrest said.

"So both therefore seen in relatively fine fettle in the last 24 hours."

It really was all just speculation, Campbell said.

"There is nothing to substantiate any of this discussion so far, it's just a most unusual set of affairs."

RNZ's news bulletin made a brief mention of the royal fuss only half way through its 6pm bulletin, and Campbell began the next segment of Checkpoint saying "we haven't a clue" about what was happening at Buckingham Palace.

He noted that other than the Daily Mail, none of the UK media such as BBC, ITV nor the broadsheets were reporting the rumours.

TVNZ's 1 News did not deem the story worthy of mention in its rundown of the most important stories of the day at 6pm.

When 1 News did eventually report the story they crossed to their UK correspondent Emma Keeling, who said Buckingham Palace's press office would not comment on the supposed staff meeting.

"Then they were pressed and asked whether the Queen or Prince Philip had died and they said that we could safely assume that neither of them had died, but they would not comment any further."

Richard Kaye, who is the royal correspondent at the Daily Mail, was the first to report news of the royal meeting.

The Daily Mail and Richard Kaye's key points in that first report turned out to be true: there was a special meeting called at Buckingham Palace and, as he speculated, Prince Philip was stepping down from some of his royal duties.

Somehow social media and some mainstream media combined to turn that into breathless reports of a possible death at the palace.

In the end the only casualty was the reputation of the media, for not checking its facts before rushing to report rumours.