Hurricane Irma has caused widespread destruction across the Caribbean, reducing buildings to rubble and leaving at least 10 people dead. 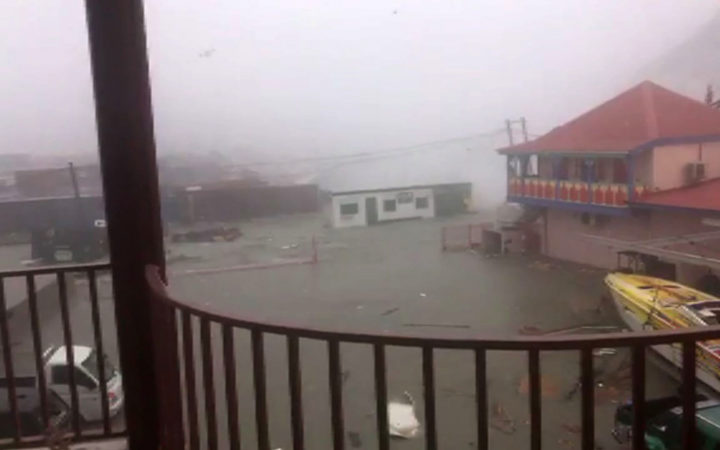 Image taken from a video posted on Facebook by Stefany Santacruz showing the view from her balcony as Hurricane Irma hits the Island of St Maarteen. Photo: AFP

The small island of Barbuda is said to be "barely habitable" while officials warn that the French territory of St Martin is almost destroyed, and the death toll is likely to rise.

Meanwhile, two other storms have strengthened to become hurricanes.

Irma, a category five hurricane, the highest possible level, is currently north-east of the Dominican Republic, heading towards Turks and Caicos.

More than half of Puerto Rico's three million residents were without power as Irma caused heavy downpours and strong winds. Officials have said that power could be cut off for several days.

British overseas territories Anguilla and the British Virgin Islands was also caught in the extreme weather.

The most Atlantic powerful storm in a decade had wind speeds of 295km/h and was expected to pass near or just north of the coast of the Dominican Republic on Thursday.

Hurricane Irma first hit the dual-island nation of Antigua and Barbuda. At least one death, of a child, was reported on Barbuda, where Prime Minister Gaston Browne said about 95 percent of the buildings had suffered some damage.

"It is absolute devastation," he said after flying over the island, home to some 1600 people. "The island is literally under water. In fact, I'm of the view that, as it stands now, Barbuda is barely habitable."

At least one death has been reported on Anguilla, a local official confirmed.

One Anguilla resident told the BBC the island looked as if it had been struck by a nuclear bomb, with roofs torn off many of the main buildings, including the hospital.

British Foreign Secretary Boris Johnson said on Facebook that he had spoken with its chief minister.

"My thoughts are with all those affected and the UK is taking swift action to respond. We have staff and a British naval ship ready to help those in need," he said. 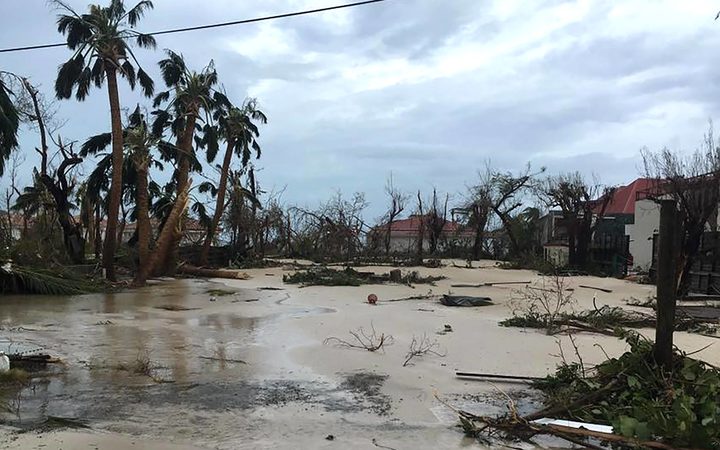 Officials have confirmed at least six deaths and considerable damage in the French territories of St Martin and Saint Barthélemy - the French holiday destination popularly known as St Barts.

St Martin's airport, the third largest in the Caribbean, has been destroyed, with local officials saying that most buildings on the territory have been levelled.

Residents are said to be without drinking water and electricity and emergency crews are still trying to reach the worst-hit areas.

Significant damage was also reported in the Dutch section of St Martin, known as Sint-Maarten.

US President Donald Trump said he and his aides were monitoring Irma's progress.

"But it looks like it could be something that will be not good. Believe me, not good," he told reporters at the White House.

It is still not yet clear what impact Hurricane Irma might have on the US mainland but projections suggested it could hit the state of Florida on Sunday.

Officials started evacuations of tourists and residents of Florida Keys, a resort archipelago.

A state of emergency had been declared for Florida, Puerto Rico and the US Virgin Islands, mobilising federal disaster relief efforts.

British Foreign Secretary Boris Johnson said the government was in touch with British overseas territories caught up in Irma, and was doing "everything we can to help those afflicted".

Although its path was not clear, Jose could hit some areas already affected by Irma.

And storm Katia, in the Gulf of Mexico, was also upgraded to hurricane status, and a warning was in effect for the coast of the Mexican state of Veracruz.

Seeing multiple storms developing in the same area of the Atlantic in close succession is not uncommon.

Rarer though is the strength of the hurricanes, with Harvey making landfall in the US as a category four.

There have never been two category four storms making landfall on the US mainland during the same season, since records began.