At least four people are dead as Hurricane Irma sweeps through the Caribbean, destroying buildings and causing flooding, officials say. 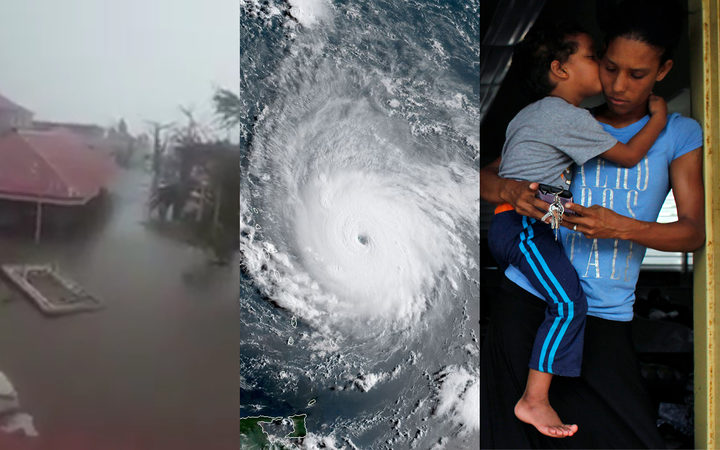 The deaths were recorded on four different islands as the powerful Atlantic storm crashed through the Caribbean.

French overseas territories minister Annick Girardin said at least two people had been killed on the islands of Saint Martin and Saint Barthélemy.

She said the French government was launching an emergency plan but it was vital to assess the damage because at this stage authorities could not get access to the worst-hit areas. 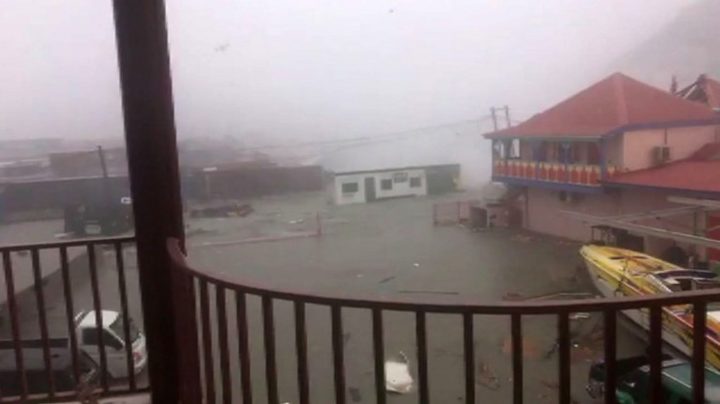 Facebook user Stefany Santacruz shared the view from her balcony on the island of Saint Maarten, the Dutch southern side of Saint Martin. Photo: AFP / Facebook

The French government had said it was worried about thousands of people who had refused to seek shelter on the islands as the powerful storm approached.

A surfer was killed in Barbados and one person was also confirmed dead on Barbuda, Prime Minister Gaston Browne said.

The northern of the dual-island nation with Antigua, Barbuda was particularly hard hit with 90 percent of all dwellings on the 1700-population island levelled, Mr Browne said.

French Interior Minister Gérard Collomb earlier said the four "most solid" buildings on Saint Martin, which is shared by France and the Netherlands, were destroyed.

Significant damage was also being reported in the Dutch section.

The most powerful Atlantic storm in a decade first hit Antigua and Barbuda, before moving on to Saint Martin and Saint Barthélemy - the French holiday destination popularly known as St Barts.

The hurricane is now passing over the northern Virgin Islands.

Thousands of people have been evacuated from at-risk areas across the Caribbean. Residents have flocked to shops for food, water, and emergency supplies, and airports have closed on several islands which are popular holiday destinations.

In the US, Florida's Key West area has ordered a mandatory evacuation, with landfall expected at the weekend.

Officials in the nearby French territory of Guadeloupe confirmed that on St Barts, the fire brigade station had been flooded with a metre of water, there is a total power blackout and many roofs have been blown off. On Saint Martin, the prefecture building was severely damaged, the fire station was out of order, there was a power blackout and several roofs at the police station were torn off.

Ms Girardin said the hurricane had caused major flooding in low-lying areas, and coastlines were being "battered extremely violently" by the sea.

Some 40,000 people live in the French part of Saint Martin, with around the same number estimated to live on the Dutch side. About 9000 people live on St Barts. 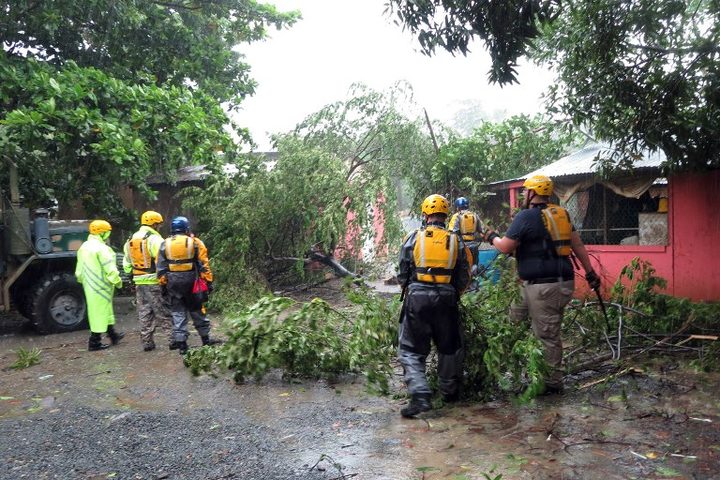 In the Dutch territory, known as Sint Maarten, the airport has been closed with photos showing debris strewn across the departures area and outside.

There has been a total power blackout, streets are littered with debris, cars are underwater and boats in the ports have been destroyed, Dutch broadcaster NOS reports (in Dutch).

France's interior minister said three emergency teams were being sent to the islands, two from France and one from Guadeloupe.