The US envoy to the United Nations has urged the Security Council to take the "strongest possible measures" against North Korea after its latest nuclear test. 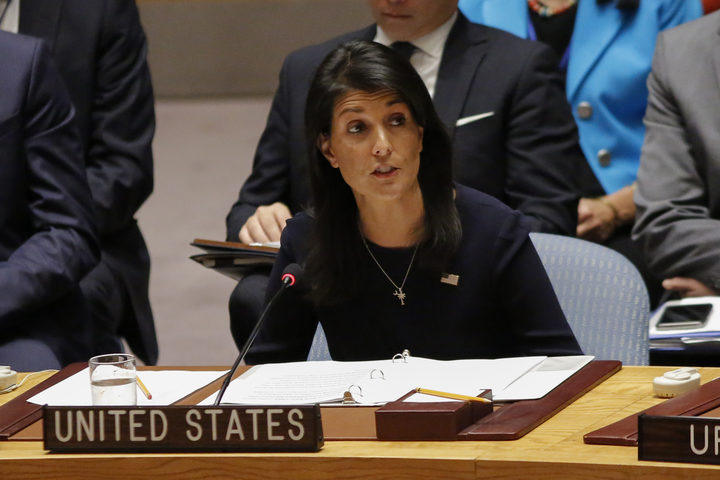 US ambassador to the UN Nikki Halley: "Our country's patience is not unlimited." Photo: AFP

"The time has come to exhaust all diplomatic means before it is too late," US Ambassador Nikki Haley told an emergency meeting of the council in New York.

Ms Haley said North Korean leader Kim Jong-un was "begging for war" and urged the 15-member group to impose the strongest possible sanctions to deter him.

The US will circulate a new draft Security Council resolution, hoping for a vote next Monday.

South Korea is set to scrap a warhead weight limit on its own missiles. President Moon Jae-in agreed in a phone call with his US counterpart, Donald Trump, to remove the current cap of 500kg, the South Korean presidential office said.

It carried out live-fire exercises on Monday, simulating an attack on the North's nuclear test site.

North Korea tested a nuclear bomb underground on Sunday with estimates of its power range from 50 kilotonnes to 120 kilotonnes. A 50 kilotonne device would be about three times the size of the bomb that destroyed Hiroshima in 1945. 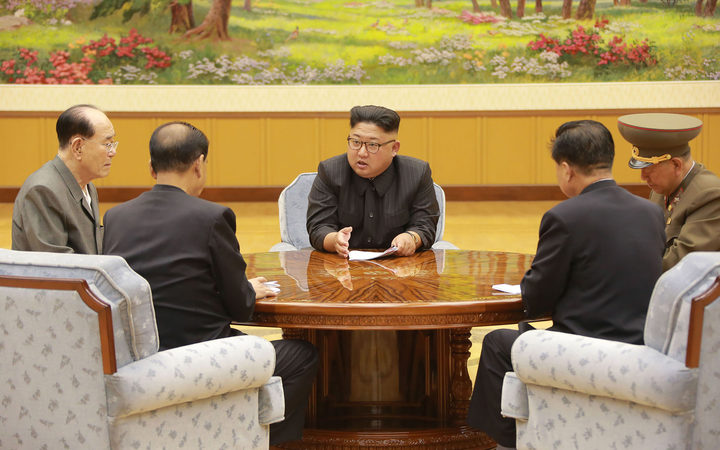 Ms Haley argued that only the strongest sanctions would enable the problem to be resolved through diplomacy.

While Kim Jong-un had had shown through his actions he was begging for war, that was "never something the United States wants", she said.

"We don't want it now but our country's patience is not unlimited. We will defend our allies and our territory.

"The United States will look at every country that does business with North Korea as a country that is giving aid to their reckless and dangerous nuclear intentions."

She was speaking after Mr Trump warned the US might consider stopping all trade with any country doing business with North Korea.

China's envoy to the UN, Liu Jieyi, reiterated a call for all sides to return to negotiations. "The peninsula issue must be resolved peacefully," he said. "China will never allow chaos and war on the peninsula."

Ms Haley did not spell out what additional measures might be taken but diplomats have suggested an oil embargo would have a crippling effect.

There could also be a ban on the North's national airline, curbs on North Koreans working abroad, and asset freezes and travel bans on officials.

North Korea has been under UN sanctions since 2006 over its ballistic missile and nuclear programs. Typically, China and Russia only view a test of a long-range missile or a nuclear weapon as a trigger for further possible sanctions.