A state of emergency has been declared in Los Angeles as the city battles the worst wildfires in its history. 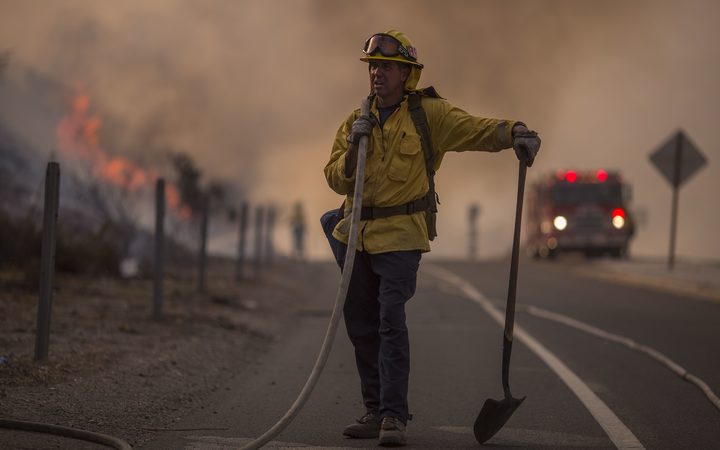 A firefighter on the 120 freeway during the fight against the La Tuna Fire. Photo: AFP

Hundreds of homes have been evacuated around the Glendale and Burbank suburbs.

The fires, covering more than 2000ha, started in La Tuna Canyon on Friday.

At least three homes have already been destroyed and a major road, the 210 Freeway, closed.

A smattering of rain and easing temperatures were helping the more than 1000 firefighters battling the largest wildfire in Los Angeles history gain the upper hand, officials said, but danger still remained.

"We've turned the corner, but this is not over," Los Angeles Mayor Eric Garcetti told reporters on Sunday afternoon.

"With winds this strong, anything can happen." 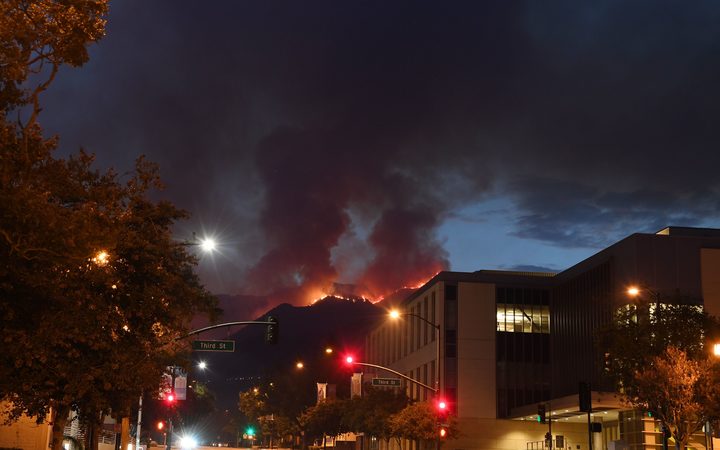 Of the 1400 people who evacuated from their homes, 90 percent had returned by Sunday afternoon and Garcetti said nearly all would be back before the day was over.

Mr Garcetti declared an emergency on Saturday night and a further emergency order was made by California Governor Jerry Brown on Sunday.

The declarations allow state and federal funds to be provided as soon as possible.

"This fire ... we can now say is the largest fire in the history of LA city, in terms of its acreage," Mr Garcetti said.

Major fires are also affecting other areas of the western US.

The US government has already declared states of emergency in Montana and Washington state and thousands of residents there have been evacuated.

Mr Garcetti said the stretch of the 210 freeway, a major thoroughfare that has been closed for several days, would reopen either Sunday night or Monday morning. 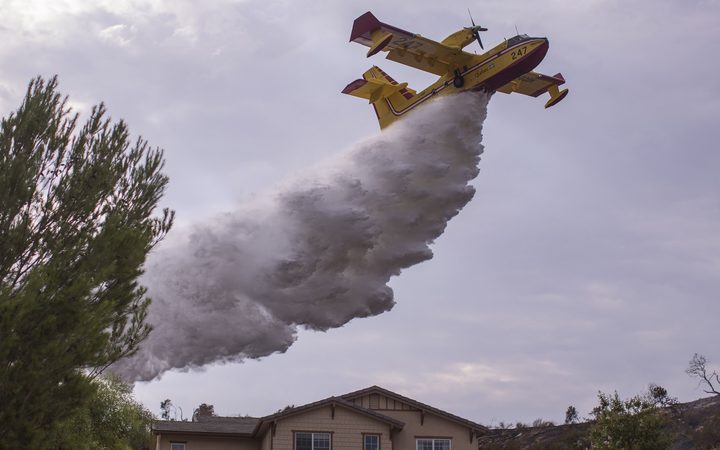