A New Zealand helicopter pilot fighting enormous wildfires in Canada says everyone works in an ''apocalyptic twilight'' amid the worst conditions he has experienced in 25 years. 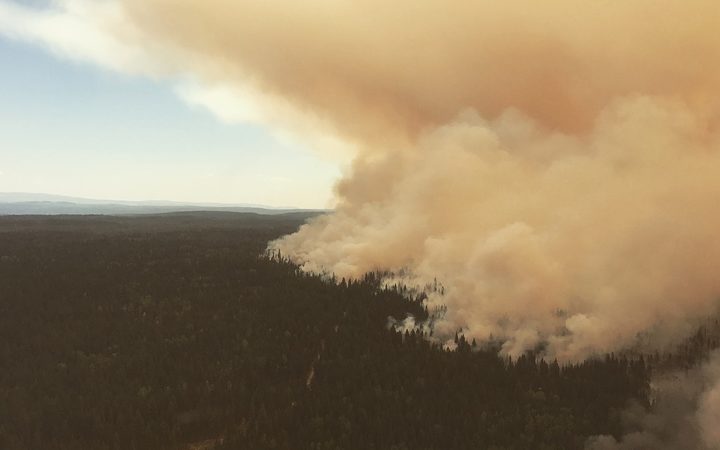 More than 200 wildfires are burning across the country, with the majority of those ablaze in British Columbia, which has had one of its worst wildfire seasons in 60 years.

A team of 80 firefighters from New Zealand this week joined the close to 3800 personnel already working to contain the fires.

Pilot Stephen Boyce has already spent 10 days helping douse an area of over 90,000 hectares of land, which is the equivalent of the entire Auckland district, and only one of four sections of the Elephant Hill Fire.

He took leave from his role at Oceania Aviation Group in Auckland to travel to Canada to help the helicopter crews, as the company often deals with businesses in Canada.

Soon after he arrived, it become clear the fires were unlike anything he has ever faced before.

"The visibility and flying conditions are the worst I have experienced on fires in 25 years.

He said the smoke cover extended up to 3000 feet above ground and was so thick it blocked out the sun.

"The sun is so obscured that it is the colour of a blood orange all day. You can openly stare at the sun in the middle of the day ... everyone's working in this apocalyptic twilight." 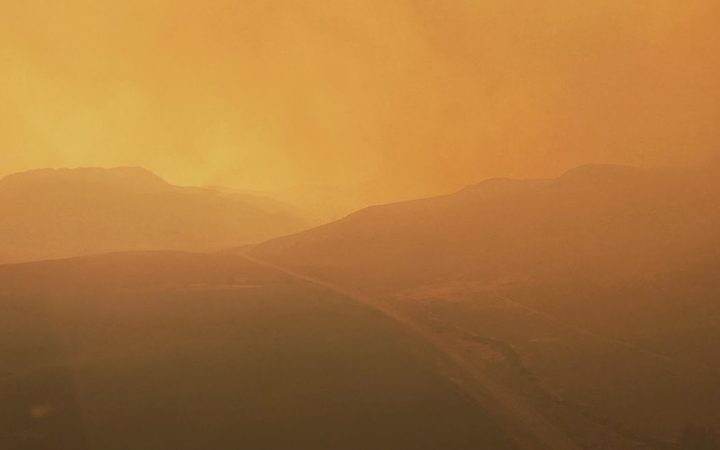 In the past few days the mercury soared significantly, reaching up to 37°C in the cockpit.

The heat, and working over 12 hours every day, was exhausting, but worth it.

"It's been physically draining for the last few days ... there's a lot of pollution in the air, so as you're flying your eyes are stinging."

He said the priority was stopping the fire spreading and protecting homes, farms, livestock and infrastructure, like powerlines and gas lines, from the blaze.

Any hope of putting the fire out before temperatures drop was already lost.

"In my experience and that of the pilots here, we've never seen anything like this.

''This fire will be going until the first snow, so once the weather conditions physically change into fall or winter, that's when the fire will technically be over.

''There's just so much of it, what we're doing right now is just trying to contain it."