New Zealand's Bangladeshi community is rallying to try to send help to those affected by the catastrophic flooding in south Asia. The Bangladesh Red Crescent Society distributes rice, dal, oil and semolina to about 650 people in a flood-affected area near Sirajganj on 27 August. Photo: Twitter / @corinneambler

More than 1200 people have died across India, Bangladesh and Nepal in the worst flooding to strike the region in years.

All three countries suffer frequent flooding during the June-September monsoon season, but international aid agencies say things are worse this time, with thousands of villages cut off and people deprived of food and clean water for days.

At least 500 of the deaths happened in the northern Indian state of Bihar, according to officials. Several villages in the state are still inundated, with people living in makeshift shelters for days amid widespread heavy damage to farmland.

At least five people, including two toddlers, have died in flooding in Mumbai this week. 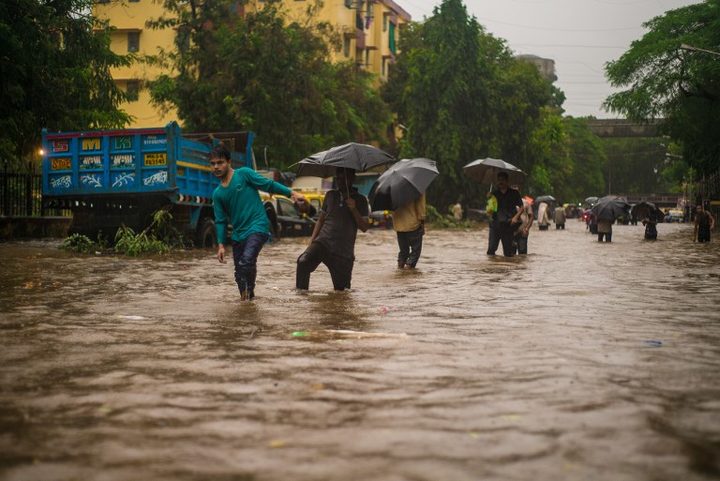 In Nepal, at least 150 people have been killed and 90,000 homes destroyed in what the United Nations has called the worst flooding there in a decade.

In Bangladesh, the UN estimates at least 140 people have died, almost 700,000 houses have been destroyed or damaged and 106,000 people are in 335 emergency shelters.

The floods have also destroyed crops in the low-lying country, which is also likely to need additional resources as more than 18,000 Rohingya Muslims seek refuge there from an outbreak of violence in neighbouring Myanmar.

He said the organisation planned to send money either to the Bangladesh High Commission or directly to a government aid fund.

The community would also welcome New Zealand government assistance if it was offered.

"A lot of people, they're out of [their houses] at the moment ... Water is everywhere, the schools and colleges [are] closed at the moment. They're really helpless at the moment," he said.

"The roads are underwater as well so it's really hard to move."

Mumbai mops up after Tuesday's deluge

While more rain is expected in Mumbai, the situation has improved for now, the BBC and Reuters reported.

Officials said train and air services were operating normally late on Wednesday in the city, which is home to India's two biggest stock exchanges and several major companies.

Police said a 45-year-old woman and an 18-month-old child, members of the same family, died after their home in the northeastern suburb of Vikhroli crumbled on Tuesday, and a two-year-old girl died in a wall collapse.

The deluge had revived memories of 2005 floods that killed more than 500 people, the majority of them in shantytown slums where more than half of the city's approximately 20 million people live.

Unabated construction on floodplains and coastal areas, as well as stormwater drains and waterways clogged by plastic garbage have made the city increasingly vulnerable to storms.

On Tuesday, several firms made arrangements to provide food and rest areas for employees stuck in offices, while officials of temples and religious bodies offered help to those stranded on streets.

"Together, we can overcome any ordeal," Mumbai Police tweeted. "Thank you all for showing what humanity is in the face of adversity!"