Rescue workers are scrambling to provide as much aid as possible to millions of people stranded by the worst floods in south Asia for years. 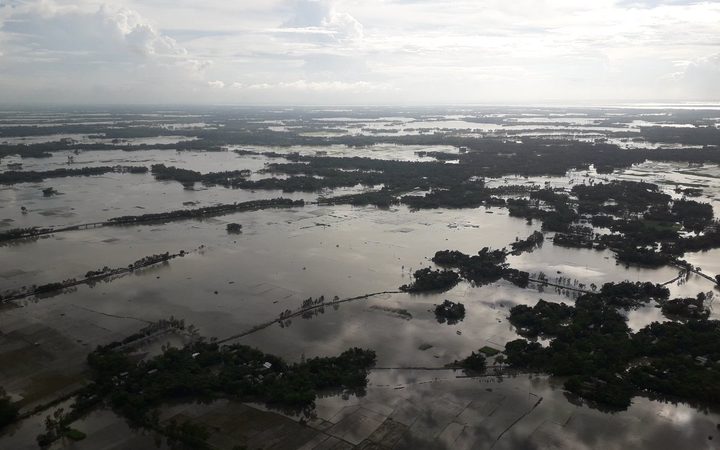 This aerial photo shows some of the scale of the flooding in Bangladesh, where millions of people have been affected. Photo: Twitter / Corinne Ambler

The death toll in Bangladesh, Nepal and India is now 1200 people and a fortnight of rainfall has cut off thousands of villages and deprived people of food and clean water.

The United Nations said about 41 million people have been affected by the flooding and tens of thousands of homes, schools and hospitals have been destroyed.

New Zealand Red Cross aid worker Corinne Ambler, who is in Bangladesh, told Morning Report there was water as far as the eye could see.

She flew with an aid team on a helicopter on a 40-minute flight and all she could see was water, she said.

“I knew the #floods were devastating but I didn’t grasp the full extent until I saw it.” Kiwi @corinneambler is in #Bangladesh with @BDRCS1 pic.twitter.com/4Ex94oatFl

"There were tiny little houses stuck in huge paddocks of water. There were fields and fields of crops that were covered in water and you can see how the riverbanks burst and how the rivers had exceeded their limits.

"When we got to this town we had to, of course, catch a little boat to this island where the people had been waiting for food and water for more than a week.

One young mother told her the water that inundated their house was riddled with sea snakes.

"Suddenly the kids started screaming 'snake, snake' and the sea snakes had come into the house."

Bangladeshis told the Red Cross they were used to floods but this monsoon season was the worst in living memory, she said.

"A lot of them were drinking unsafe water from ponds or rivers. A lot of them, actually, said they'd stopped eating ... they were running out of food, they've lost their crops, their food supplies, their livestock, and their incomes." 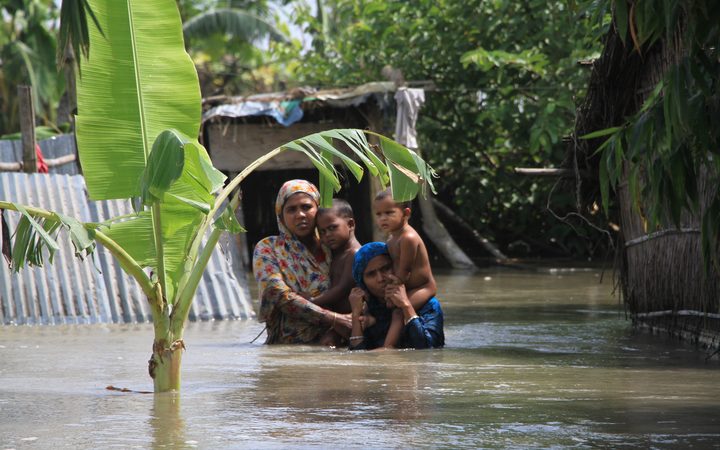 In India, meanwhile, heavy rains in Mumbai have thrown the transport systems in the city of about 21 million people into chaos.

Some roads were hit by waist-deep flooding on Tuesday, and officials were calling on people to stay at home. Trains and flights were cancelled and schools were closed.

Residents took to social media to offer shelter to the stranded, or to ask for help. Many recalled the 2005 floods in and around the city, which killed more than 500 people.

Weather forecasters expect more heavy rain in the next 24 hours.

The BBC's Suranjana Tewari in Mumbai said the city was particularly vulnerable to floods due to construction in coastal areas, as well as waterways getting clogged by plastic garbage and an ageing drainage system. 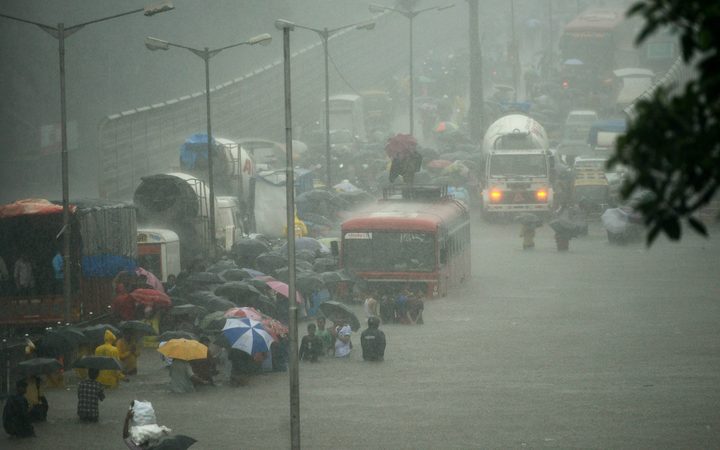 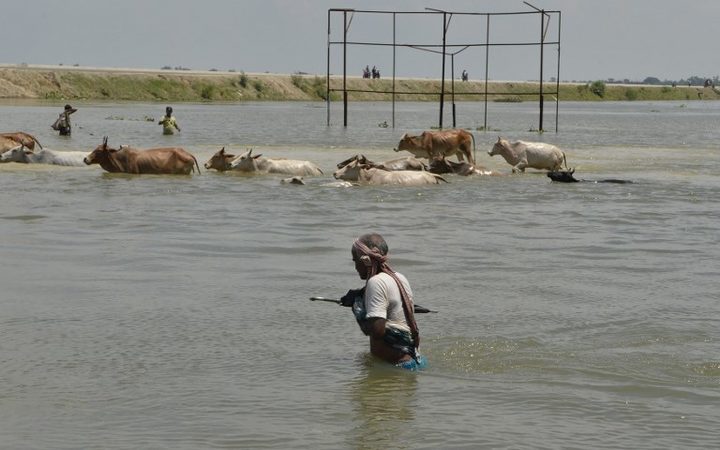 An Indian villager and a herd of cows cross a flooded road in Malda in the Indian state of West Bengal. Photo: AFP