A narrower version of US President Donald Trump's controversial ban on travellers from six mainly Muslim countries has come into force. 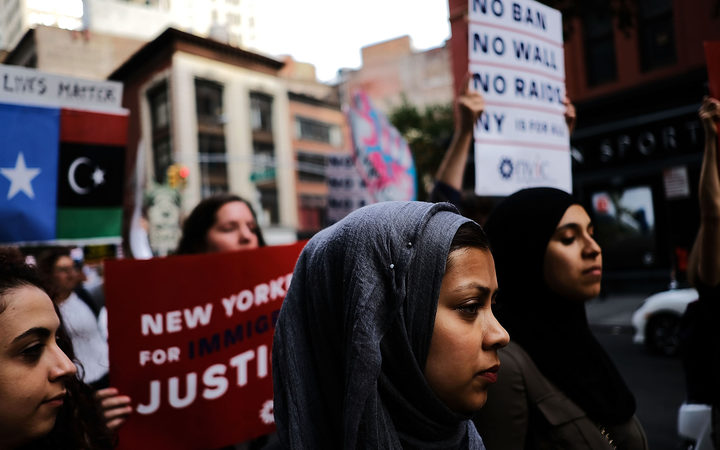 Recent Immingrants join activists for an evening protest in Manhattan in the hours before the revised version of President Donald Trump's travel ban came into effect. Photo: AFP

It means people without close family or business relationships in the US could be denied visas and barred entry.

Moments before the ban began at 8pm Washington time (midday in New Zealand), it emerged the state of Hawaii had asked a federal judge for clarification.

It has in the past accused the US government of violating the Supreme Court's instructions by improperly excluding people.

The Supreme Court partially upheld the ban earlier this week, while voting to hear the case in October.

The decision lifted injunctions that since February had halted one of the president's key election policies.

The court ruled that people seeking visas to travel to the US from the six restricted countries, and all refugees, would have to prove a "bona fide relationship" to someone in the country.

The Supreme Court is expected to make a final decision on the ban in October.