Italy has threatened to stop foreign vessels from disembarking refugees and migrants at its ports. 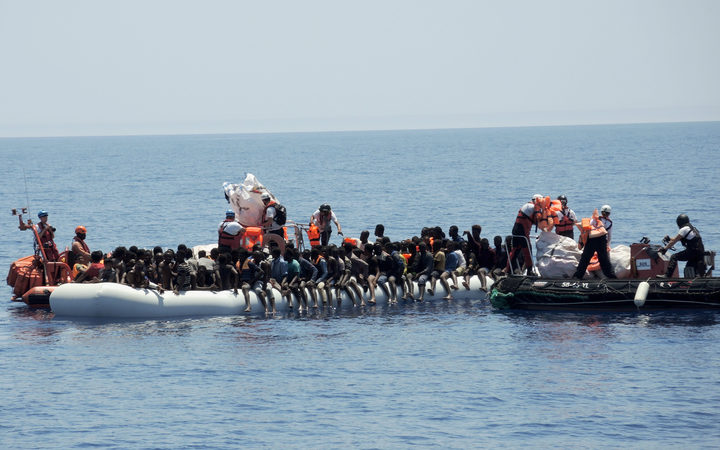 It comes as Italy's representative to the EU, Maurizio Massari, warned in a letter to the bloc the situation had become "unsustainable".

Prime Minister Paolo Gentiloni has accused other European nations of "looking the other way".

An estimated 10,000 people are believed to have attempted the journey from North Africa in the past four days.

More than 73,000 refugees and migrants have landed in Italy this year, an increase of 14 percent on the same period last year.

About 2000 have died or are missing feared drowned, the UN's refugee agency said.

The vast majority who attempt the crossing embark from Libya.

It is a gateway to Europe for travellers from across sub-Saharan Africa and also from the Arabian peninsula, Egypt, Syria and Bangladesh. Many are fleeing war, poverty or persecution. 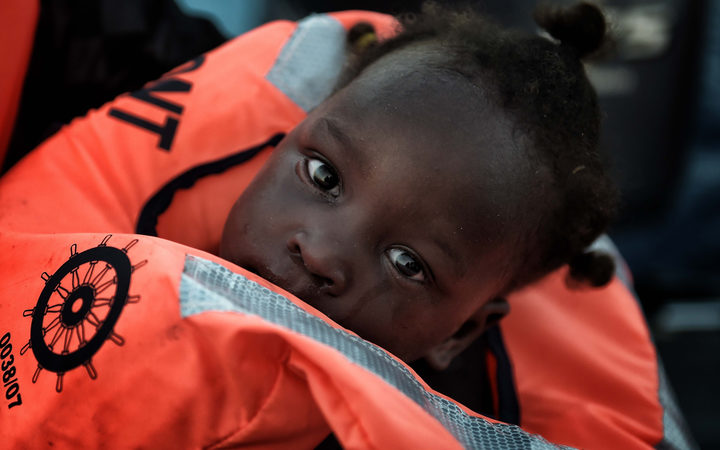 This young girl was rescued by NGO Proactiva Open Arms about 20 nautical miles off the coast of Libya in October 2016. Photo: AFP

The Italian coastguard takes the lead in coordinating rescue operations, but many of the vessels run by non-profit groups sail under the flags of other nations - including EU countries like Germany and Malta.

An Italian government source told Reuters: "The idea of blocking humanitarian ships flying foreign flags from returning to Italian ports has been discussed.

"Italy has reached saturation point," the source said. The suggestion has widely been reported in Italian media.

However, it remains unclear whether it would be legal to block rescue ships.

Rules on disembarking are governed by international law, and the EU office on migration said any changes to guidelines should give humanitarian groups time to prepare.

"Italy is right that the situation is untenable," he said, adding that the country's management of the crisis was "exemplary".

It was time for EU member states to "step up", he said, and contribute financial support to Italy if needed, along with aid to African nations like Libya to reduce the numbers of people leaving - a promise made in February.

"Now is the moment to deliver, and we will hold them to this," the commissioner said.

"In everything we do, we all have a humanitarian obligation to save lives ... we cannot leave a handful of EU countries on their own to deal with this."

Italy's warning follows a poor showing by the centre-right Democratic Party in local elections at the weekend, losing out to the anti-immigration messages of Forza Italia and the Northern League.

It is not the first time that ships belonging to NGOs have been issued a warning by Italian authorities.

In April, an Italian prosecutor claimed humanitarian charities were "colluding" with people smugglers in Libya, alleging that phone calls were made between the two parties.

The closure of a land route north through the Balkans has added to the pressure.