World leaders have sent messages and others have expressed solidarity with the UK following the suicide bombing at Manchester Arena. 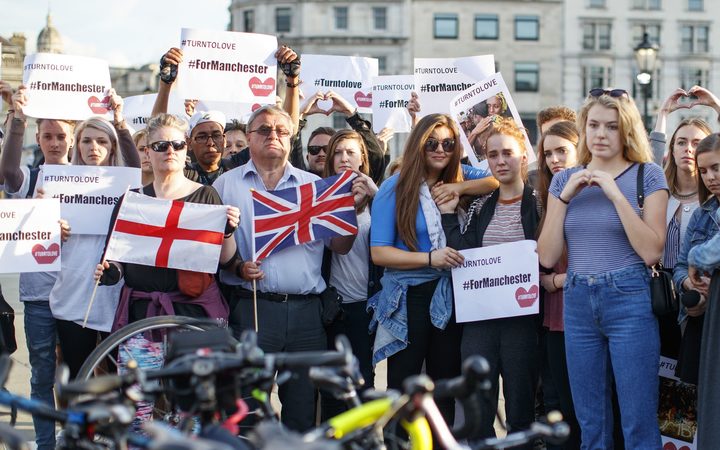 People gather in Trafalgar Square in London to pay tribute to the victims of the attack. Photo: AFP

The blast, which was suspected to have been carried out by Salman Abedi, a Mancunian 22-year-old of Libyan descent, left 22 people dead.

More than 120 people have been treated for injuries, including 12 under the age of 16. Some 59 people were in hospital, some with life-threatening injuries.

UK Prime Minister Theresa May raised the threat level for the country to 'critical', saying authorities believed a further attack was likely and could be imminent.

She earlier called the attack a sickening act that targeted young people.

"All acts of terrorism are cowardly ... but this attack stands out for its appalling sickening cowardice, deliberately targeting innocent, defenceless children and young people who should have been enjoying one of the most memorable nights of their lives," Mrs May said. 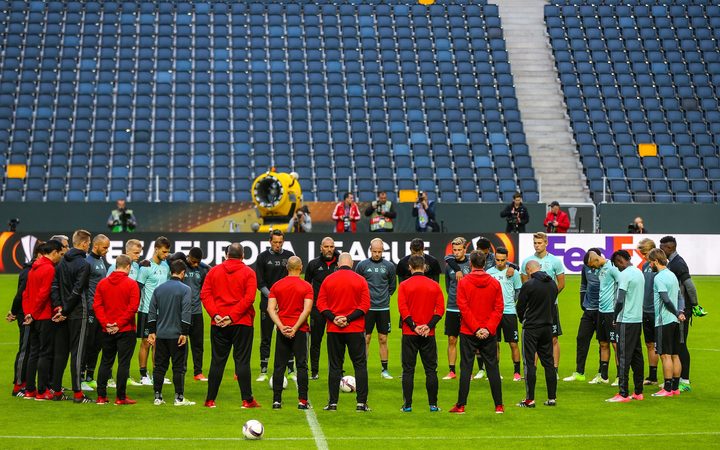 Ajax footballers stand in silence for the victims of the Manchester Arena explosion in training ahead of the UEFA Europa League final against Manchester United at Friends Arena in Solna outside Stockholm, Sweden. Photo: AFP

"These were children, young people and their families that those responsible chose to terrorise and kill," he said.

"This was an evil act ... We are grieving today, but we are strong."

Thousands of people gathered in Manchester's Albert Square to pay tribute to the victims of the attack.

"We will stand together to say that this city is greater than the force that has aligned itself against it.

"And as we say that we're sending a signal not only to Manchester but across the world that you cannot defeat us, because love in the end is always stronger than hate." 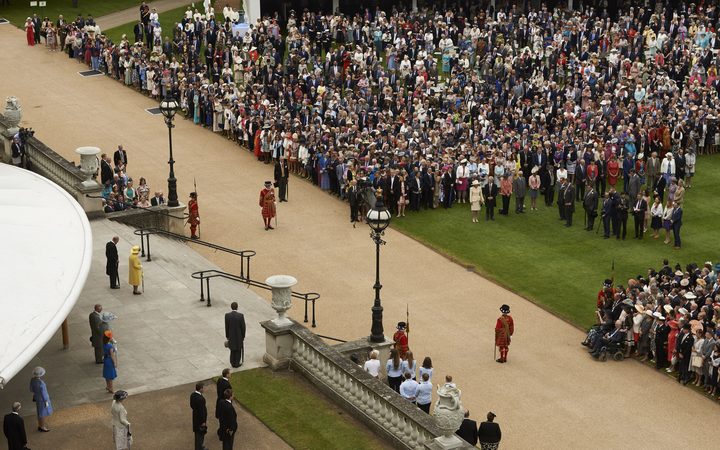 Britain's Queen Elizabeth II and Prince Philip observe a minute's silence at the start of a special garden party at Buckingham Palace in London. Photo: AFP

German chancellor Angela Merkel sent a message to Mrs May, expressing her great sadness and saying Germany stood alongside Britain. 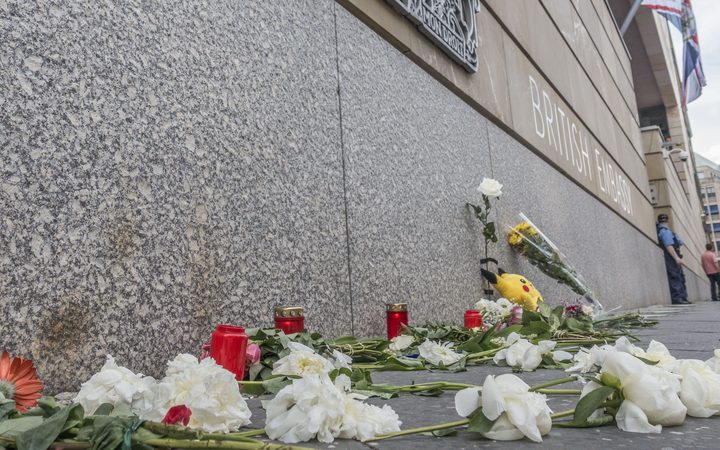 Flowers and candles are laid on the wall of the British Embassy in Berlin. Photo: AFP

She said it "will only strengthen our resolve to ... work with our British friends against those who plan and carry out such inhumane deeds". 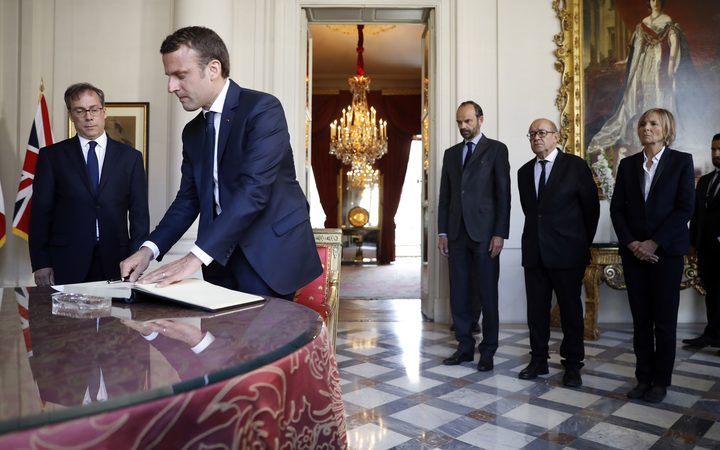 Speaking from Bethlehem during his trip to the Middle East, US president Donald Trump said the "wicked" ideology behind terrorism must be obliterated.

"So many young, beautiful, innocent people living and enjoying their lives - murdered by evil losers.

"I won't call them monsters because they would like that term. I will call them - from now on - losers, because that's what they are."

Russian president Vladimir Putin called the attack a "cynical, inhuman crime" and said he was willing to boost anti-terrorism cooperation with Britain.

President XI Jinping of China telephoned the Queen to offer his condolences.

India's prime minister Narendra Modi said he was pained by the attack, which he strongly condemned.

New Zealand Prime Minister Bill English said his thoughts were with the people of Manchester following the bombing, which he described as an awful tragedy.

Australian Prime Minister Malcolm Turnbull offered his sympathy along with what he described as resolute solidarity with the people of Britain.

The UN Security Council condemned "the barbaric and cowardly terrorist attack" and expressed solidarity with Britain in the fight against terrorism.

The leader of Britain's opposition Labour Party, Jeremy Corbyn, said he and Mrs May had also agreed all national campaigning for the 8 June general election would be suspended.

New Zealand's Ministry of Foreign Affairs and Trade said there was no indication at this stage that any New Zealanders had been injured in the explosion.

It said there were currently 14 New Zealanders registered on SafeTravel as being in Manchester.