The UN's health agency has confirmed a second case of Ebola in Democratic Republic of Congo after an outbreak this week of 17 other suspected cases. 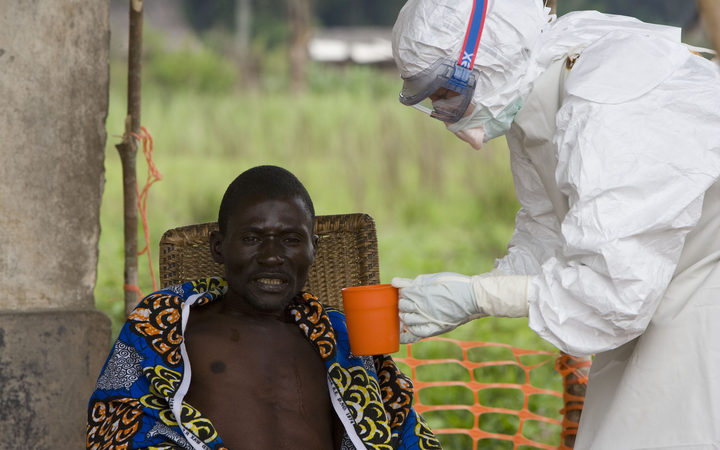 A man is treated for Ebola in The Democratic Republic of Congo. Photo: AFP / WHO / Christopher Black

Health officials were trying to trace 125 people thought to be linked to the cases identified in the remote northeastern province of Bas-Uele, near the border with Central African Republic, World Health Organisation (WHO) Congo spokesman Eugene Kabambi said.

Three people have so far died among the 19 suspected and confirmed cases, he added.

Experts say to prevent the spread of the virus they must quickly track down, test, isolate and treat suspected cases. They also need to protect health workers and educate the population about hygiene measures.

"The first case and possibly the index case, a 39-year-old male, presented onset of symptoms on 22 April, 2017, and deceased on arrival at the health facility," a WHO statement said on Saturday.

The worst outbreak of Ebola killed more than 11,300 people in the West African countries of Guinea, Sierra Leone and Liberia and infected more than 28,000. It peaked in late 2014 causing global alarm but active virus transmission ended last year.

The latest Ebola outbreak is Congo's eighth, the most of any country. The deadly haemorrhagic fever was first detected in its dense tropical forests in 1976 and named after the nearby river Ebola.

That experience helped Congolese authorities respond effectively to an outbreak in 2014 that killed dozens of people.

The GAVI global vaccine alliance said on Friday some 300,000 emergency doses of an Ebola vaccine developed by Merck could be available in case of a large-scale outbreak and that it stood ready to support the Congo government on the matter.