A fourth person has died of Ebola in Guinea in the latest flare up of the virus.

"The young girl who was hospitalized at the Ebola treatment centre in Nzerekore is dead," said Fode Tass Sylla, spokesman for the centre that coordinates Guinea's fight against the virus. 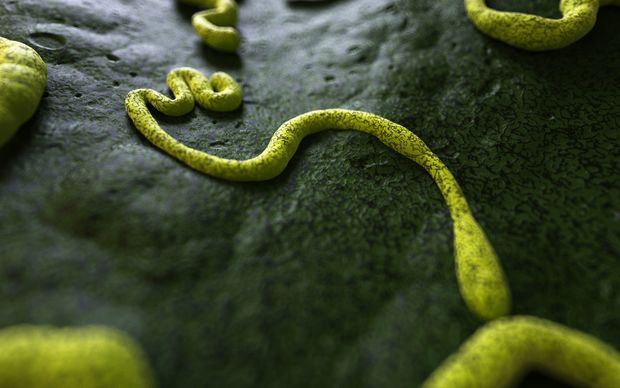 An illustration of the Ebola virus. Photo: 123rf

Three others have died of the virus since Feb 29. Health workers on Saturday also stepped up efforts to trace anyone who could have come into contact with the family.

Ebola has killed more than 11,300 people in Guinea, Sierra Leone and Liberia since 2013, but now claims few victims.

The world's worst recorded Ebola epidemic was believed to have started in Guinea and killed about 2500 people there by December last year.

At that point, the disease was no longer being actively transmitted, the World Health Organisation said.

It could resurface at any time however, the WHO warned, since it could linger in the eyes, central nervous system and bodily fluids of some survivors.

It was not immediately clear how the villagers from Korokpara, around 100 km (60 miles) from Nzerekore, had contracted the disease but the area had previously resisted efforts to fight the illness in the initial epidemic.