Eight mummies, colourful coffins and more than 1000 funerary statues have been found at a tomb near the Valley of the Kings in Luxor in Egypt. 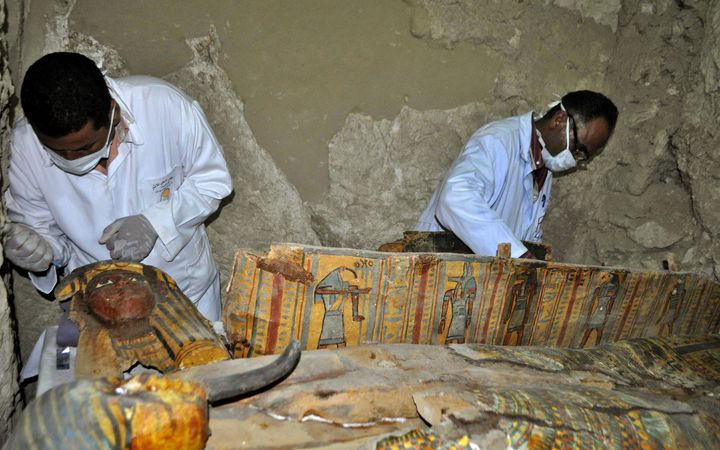 Members of the archaeological team work on the wooden coffin. Photo: AFP

The artefacts, thought to be at least 3000 years old, were discovered in the tomb in the Draa Abul Nagaa necropolis nearby.

It belonged to a nobleman who worked as a judge.

"It was a surprise how much was being displayed inside", Egypt's antiquities minister Khaled el-Enany said. 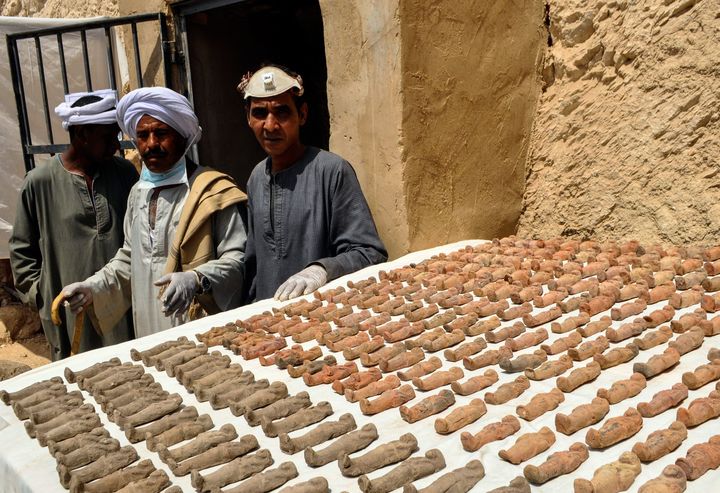 Spokeswoman Nevine el-Aref said there was "evidence and traces that new mummies could be discovered in the future".

The coffins were well-preserved, painted in red, blue, black, green, and yellow.

The statues found among the relics were traditionally placed alongside the dead to help them in the afterlife.

A statement released by the ministry said the tomb was T-shaped, with "an open court leading into a rectangular hall, a corridor and an inner chamber".

The statues were found inside a 9m shaft. Another room that was found has not been excavated yet.