The torso of a huge statue, possibly 3000 years old, has been removed from the ground in Egypt. 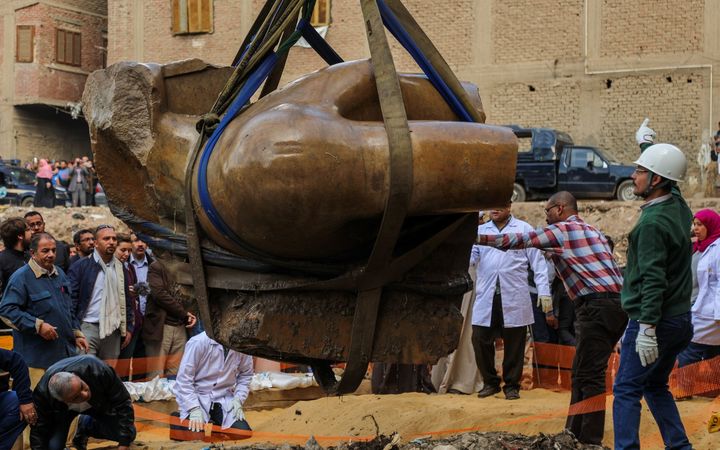 The torso being unearthed in Cairo. Photo: AFP 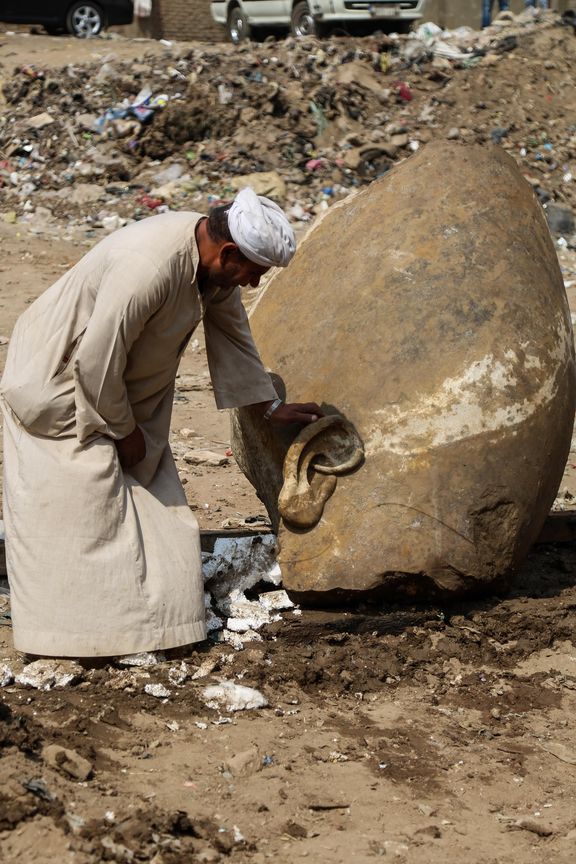 The head of the giant statue was found last week at the same spot. Photo: AFP

An Egyptian-German archaeological team worked to uncover the three-tonne statue at the same site where a giant stone head and other fragments were extracted last week.

The area is close to the temple of Ramses II, also known as Ramses the Great, and experts believe it may represent him.

It was dug up in wasteland between apartment blocks on the site of the ancient capital, Heliopolis, in north-east Cairo.

Minister of Antiquities Khaled al-Anani said the statue was made out of quartzite.

He said it was hoped that the statue could be reconstructed from the pieces.

A leading Egyptologist said if it proved to be original, rather than a later reworking to resemble Ramses II, it would be a significant find