The remains of a pyramid built about 3700 years ago have been discovered in Egypt, the antiquities ministry says. 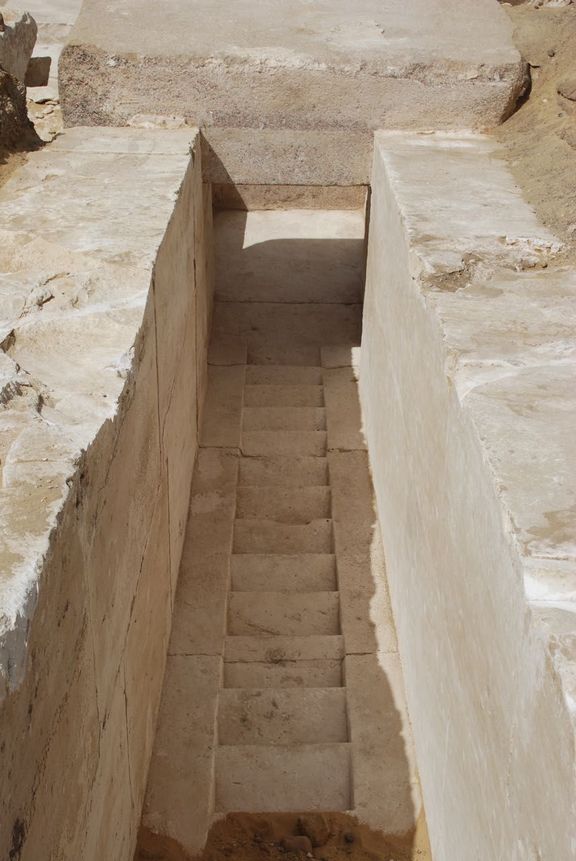 The remains of an ancient Egyptian pyramid that were discovered near the well-known bent pyramid of King Snefru in Dahshur. Photo: AFP

An interior corridor and a block engraved with 10 hieroglyphic lines were among the finds at the Dahshur royal necropolis, south of Cairo.

The ministry said they were in very good condition and that excavation work was continuing to try to reveal more and establish the size of the pyramid.

It was is believed to have been built during the 13th pharaonic dynasty.

He also constructed an earlier version, the 105m-high Bent Pyramid, whose slopes change angle from 54 degrees to 43 degrees about halfway up.

Sneferu was succeeded by his son Khufu, the renowned builder of the Great Pyramid at Giza, which is 138m high and was a wonder of the ancient world.