Russia says a chemical attack that killed and injured dozens of civilians in a rebel-held town in northern Syria came from rebel weapons on the ground. 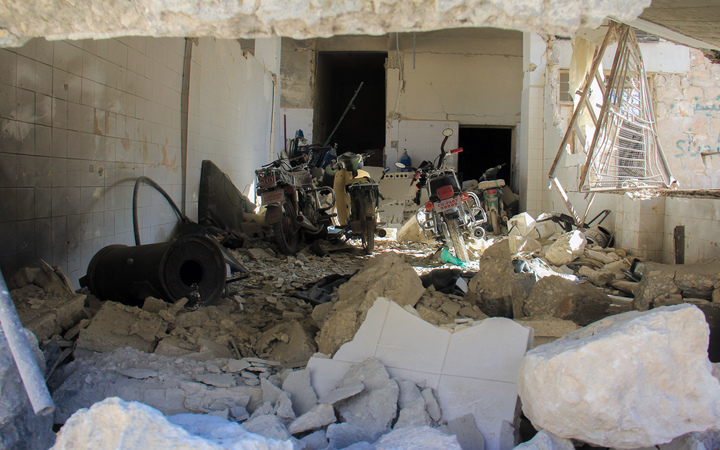 Damage at a hospital in Khan Sheikhoun after the attack, which has killed and injured dozens of civilians. Photo: AFP

Russia's defence ministry acknowledged that Syrian planes had attacked the town of Khan Sheikhoun in Idlib province, but said the aircraft had struck a depot producing mines filled with a poisonous substance that were being produced for use in Iraq.

The United States and others said Syrian planes had dropped chemical weapons, which Damascus denied.

UK Foreign Secretary Boris Johnson responded to the Russian statement by saying: "All the evidence I have seen suggests this was the [Syrian President Bashar al-Assad] regime ... using illegal weapons on their own people."

The Syrian Observatory for Human Rights, based in the UK, put the death toll in the town at 72, including 20 children.

The World Health Organisation said some of the victims showed symptoms consistent with nerve agent use, Reuters reported.

Footage from the scene showed civilians, many of them children, choking and foaming at the mouth. Witnesses said clinics treating the injured were then targeted by air strikes. 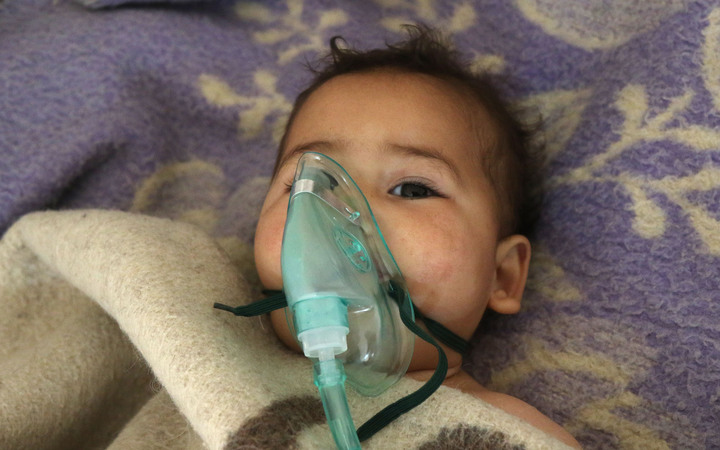 A Syrian child receives treatment at a small hospital in the town of Maaret al-Noman, near Khan Sheikhoun. Photo: AFP

Some of the victims were treated across the border in Turkey. One woman in hospital said: "We were affected by the gas. We couldn't stand up. I felt dizzy and sick. I suffer from shortness of breath. I couldn't breathe."

The Observatory cited reports from the area saying it was subjected to a further wave of air strikes on Wednesday.

The issue will overshadow a conference under way in Brussels, at which 70 donor nations will discuss aid efforts in Syria. Delegates want to step up humanitarian access for thousands of civilians trapped by fighting.

The UN Security Council is also due to hold emergency talks later following the incident.

"Yesterday [Tuesday], from 11.30am to 12.30pm local time, Syrian aviation made a strike on a large terrorist ammunition depot and a concentration of military hardware in the eastern outskirts of Khan Sheikhoun town," Russian defence ministry spokesman Igor Konoshenkov said.

"On the territory of the depot there were workshops which produced chemical warfare munitions."

He said the chemical munitions had been used by rebels in the city of Aleppo last year.

"The poisoning symptoms of the victims in Khan Sheikhoun shown on videos in social networks are the same as they were in autumn of the previous year in Aleppo," he added.

Wednesday's emergency meeting of the UN Security Council was called by France and the UK as international outrage mounted over the attack.

Foreign Minister Murray McCully said New Zealand's thoughts and sympathies were with the victims of what he described as a barbaric attack, made especially horrific by the deaths of women and children.

He said New Zealand was calling for a full investigation into the atrocity, and for the perpetrators to be held to account.

Britain's ambassador to the UN, Matthew Rycroft, said the incident was "very bad news for peace in Syria".

"This is clearly a war crime and I call on the Security Council members who have previously used their vetoes to defend the indefensible to change their course," he told reporters in New York. 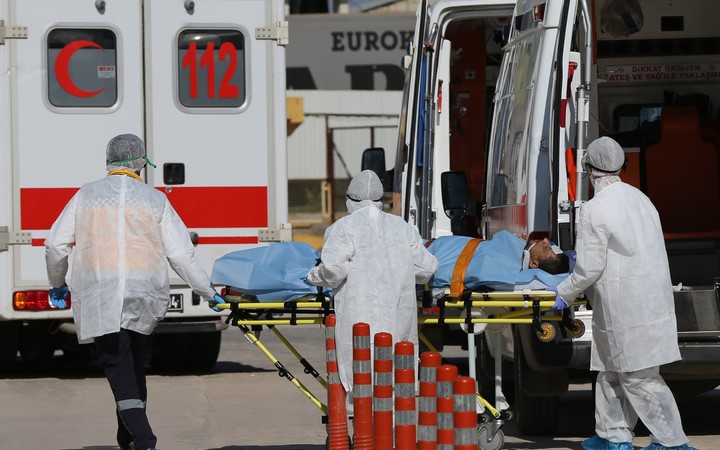 Some of the victims are being treated in Turkey. Here, a man is brought to Reyhanli State Hospital in Hatay. Photo: AFP / ANADOLU AGENCY

In a statement, US President Donald Trump condemned what he called "these heinous actions" by the government of Bashar al-Assad.

He also blamed his predecessor, Barack Obama, for what he termed his "weakness" on Syria. Critics pointed to tweets by Mr Trump dating back to 2013 that urged the US government to ignore Syria and focus on domestic problems.

UN Syria envoy Staffan de Mistura said it was a "horrific" attack and that there should be a "clear identification of responsibilities and accountability" for it.

Syria's civil war has raged for more than six years, with no political solution in sight.

Nearly five million Syrians have fled the country and more than six million are internally displaced, the UN says.