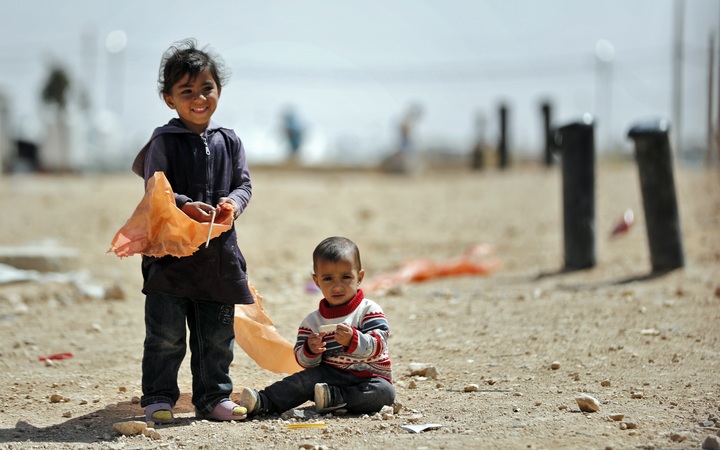 Syrian children at a Jordan refugee camp, which shelters some 80,000 refugees from the war-torn country. Photo: AFP

Syrians have poured across their borders since anti-government protests in 2011 spiralled into a full-blown war between rebels, Islamist militants, government troops and foreign backers.

An initial rush of refugees in 2013 and 2014 steadied for the next two years, but the numbers have risen again after the military victory by the government and its Russian allies in the northern city of Aleppo.

The milestone came a year to the day after the UN's refugee agency, UNHCR, asked other countries to start resettling at least 10 percent of the most vulnerable Syrian refugees. So far only 250,000 places had been offered.

Globally, almost 1.2 million refugees of all nationalities will need resettlement in 2017, 40 percent of them Syrians.

Greater numbers of Syrians have been driven out of their homes and are still in Syria, including tens of thousands this month, mainly women and children, trying to get away from a rebel offensive northwest of the city of Hama.

A UN-led humanitarian appeal to help Syrian refugees and support host communities has received only 6 percent of the money needed this year - $298 million out of $4.6 billion.