Advocates are calling for an emergency extension to New Zealand's refugee quota to help those caught up in the Syrian crisis. 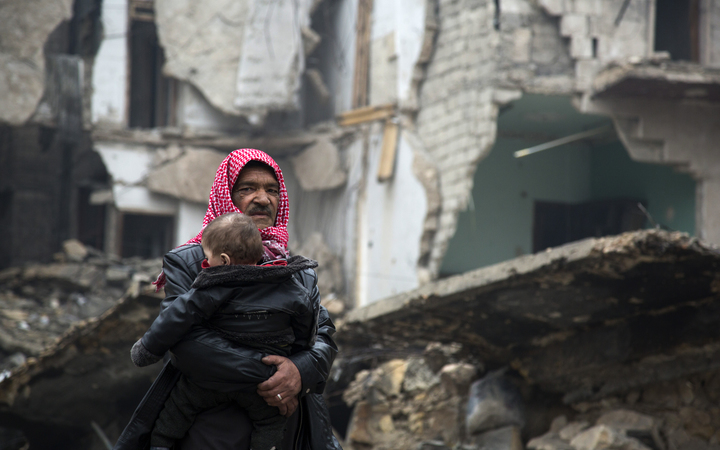 A Syrian man and child leave a rebel-held area of Aleppo. Photo: AFP

Thousands of people are fleeing the city of Aleppo along fragile escape corridors, but the United Nations says as many as 50,000 people are still trapped there.

Amnesty International executive director Grant Bayldon said the government had been doing good work advocating for the people of Syria in the Security Council.

But New Zealand also needed to open its doors, he said.

"The Government, when it reviewed the New Zealand refugee quota, said it wanted to leave spaces aside for emergencies. Well, if there is not an emergency going on in the world right now, then when will there be?"

New Zealand increased its refugee quota this year to 1000, with 250 of those classed as emergency places.

Mr Bayldon said New Zealanders strongly supported taking in more refugees and the Government should listen to them.

A New Zealand Syrian, Tarik Al-daeri, said it was hard to hear of the atrocities happening in Syria.

While he had a sense of helplessness, Syrians in New Zealand were working hard to fundraise and help where they could, he said.

New Zealand had done a great job with Syrian refugees so far, but he would like to see more brought here, he said

However, that was a band-aid and real progress would come from putting political pressure on Russia, Iran and the Syrian government regime to negotiate for peace.

It has asked New Zealanders to help where they can, through humanitarain agencies working in the area. 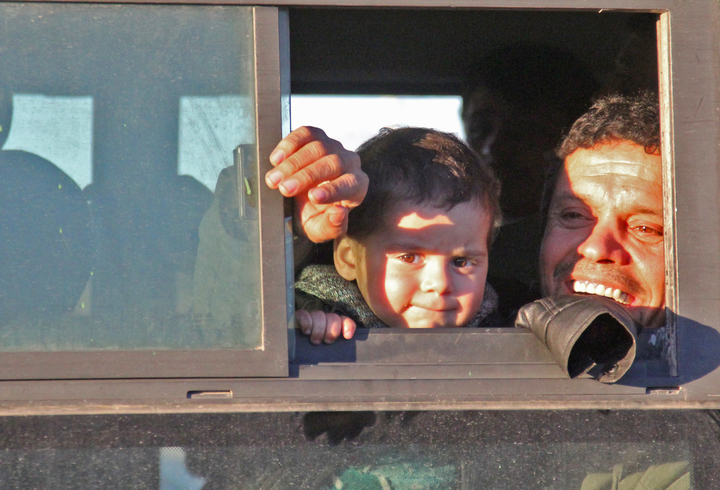 Evacuees from rebel-held neighbourhoods in Aleppo arrive in the opposition-controlled Khan al-Aassal region, west of the city. Photo: AFP