Syrian security forces are engaged in fierce clashes with rebels on the eastern outskirts of the capital Damascus, residents say. 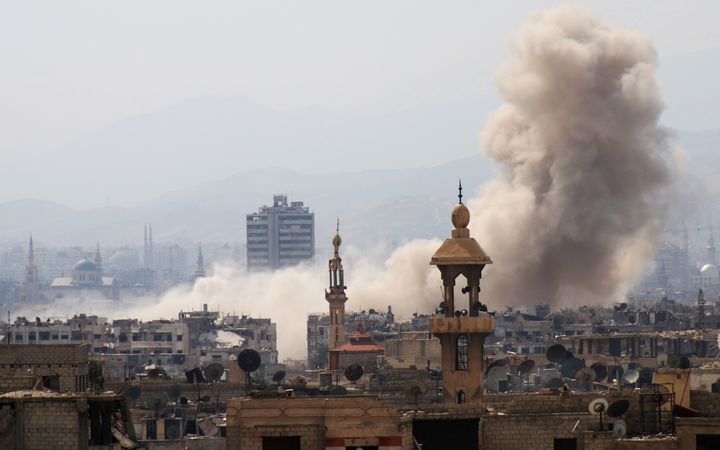 Smoke billows following a reported air strike in the rebel-held parts of the Jobar district, on the eastern outskirts of the Syrian capital Damascus. Photo: AFP

Artillery shells and rockets landed inside the heart of the city as part of a surprise rebel attack, they say.

The military responded to the attack with air strikes.

Damascus only has a few opposition held areas, and Jobar is the closest to the city centre. Control of the war-damaged area - which is split between rebels and jihadists on one side and government forces on the other - has been fought over for more than two years.

AFP correspondents in Damascus said the army had closed routes into the strategically important Abbasid Square as explosions reverberated across the city.

The UK-based Syrian Observatory for Human Rights said the rebels had initiated the attack to relieve pressure on fighters under attack from government forces in the districts of Barzeh, Tishreen and Qabun. 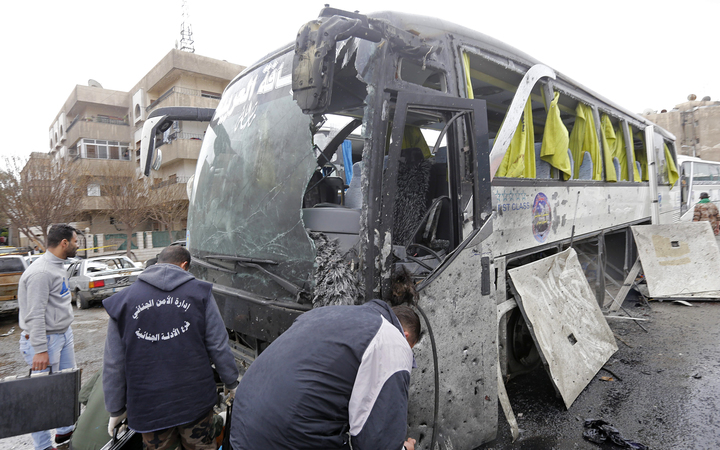 Last Wednesday, at least 31 people were killed in a suicide bomb attack at the main court complex in the centre of Damascus.

Later, another suicide bomber attacked a restaurant in the western district of Rabweh, injuring more than 20 people.

The attacks came on the sixth anniversary of the uprising against President Bashar al-Assad.