New Zealand and China will soon hold a series of high-level meetings and work to promote free trade, amidst growing concerns about US trade protectionism. 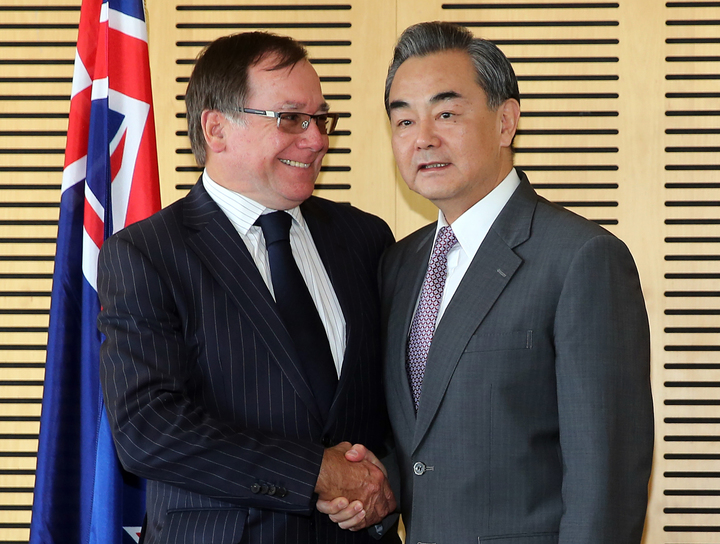 Murray McCully and Wang Yi during a bilateral meeting in Auckland. Photo: AFP

"We were setting the scene for a range of high level meetings and engagements," said Mr McCully.

He declined to say which leaders from the two countries were meeting or when they would meet.

However, Mr McCully said the meetings would provide opportunities for investing in New Zealand.

"Other regions in the world in particular are starting to ask questions about the benefits of globalisation and free trade," Mr McCully said.

"We are countries that have led the way in the (free trade) process and need to show leadership again in demonstrating...the benefits of continuing down this path," he added.

The pair discussed the upgrade of the nations' bilateral free trade agreement, China's possible involvement in what remains of the Trans-Pacific Partnership (TPP) negotiations and New Zealand's role in China's One Belt, One Road strategy.

International focus has centred on China's role as a steadying force in global affairs amid a turbulent start by new US President Donald Trump, whose first weeks in office have been marked by media feuds and protests.

The New Zealand foreign minister said he told Mr Wang that he would like to see China in TPP and they agreed this should be discussed further.

New Zealand and Australia have said that they hope to salvage the TPP by encouraging China and other Asian countries to join the trade pact after Mr Trump kept an election pledge to abandon the accord.

Mr Wang invited New Zealand to attend China's One Belt, One Road summit in May and Mr McCully said a New Zealand government minister, yet to be announced, would attend.

The two had agreed New Zealand should ensure the government's 30-year infrastructure plan matched China's One Belt, One Road strategy where possible.

New Zealand was the first Western country to sign a free trade agreement with China in 2008.

China is now New Zealand's largest goods export partner, with New Zealand exports to China at $NZ12.2 billion in the year to June 2016.