New Zealand foreign affairs officials have set up a special Americas taskforce to keep abreast of any new policy put in place by the US President Donald Trump. 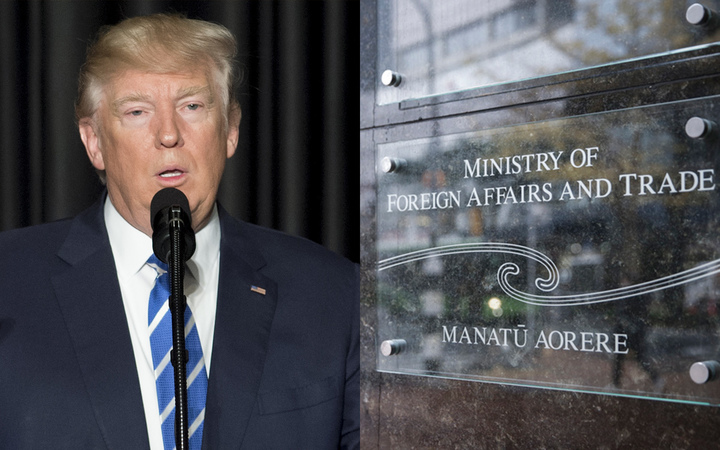 The new taskforce will be manned by about seven people, and run as a 24-hour, seven-day-a-week operation.

It followed a reprimand by the government last week over a delay in the ministry finding out how the new immigration ban in the United States would affect some New Zealanders.

Mr Trump signed an executive order on 27 January imposing a 120-day halt on refugees entering the US and barred citizens from Iran, Iraq, Libya, Somalia, Sudan, Syria and Yemen for 90 days. The order has since been challenged in court and a federal judge suspended the order. The case is now in the 9th US Circuit Court of Appeals.

Ministry chief executive Brook Barrington was summoned to the Beehive last Wednesday for a 'please explain' over the delay in finding out what was happening.

Mr Barrington said he admitted in that meeting the ministry had failed to respond fast enough.

"I made it clear to the minister that I think we fell behind the curve on that," he said.

"That's not about the people involved, it's my accountability."

He had not set up a structure early enough to make sure officials could provide the government with round-the-clock, real-time advice, he said.

"I look back and I think to myself there were 24 hours in it where we needed a slightly different operating model within the ministry.

Mr Barrington expected there to be uncertainly with the US for at least the next six months, while Mr Trump's administration moved from improvisation to organisation.

Prime Minister Bill English said the new round-the-clock taskforce was a sign the world was more unpredictable and unstable.

Mr English said he expected the US administration to move rapidly on other policies and New Zealand needed to be agile at finding its way through a more complex world.

He said there was no confusion around the recent immigration ban, but it took the US administration some time to find out what it meant for every other country.