Prime Minister Bill English says it has been a frustrating few days, as New Zealand has tried to get information on how US President Donald Trump's immigration curbs would affect New Zealanders. 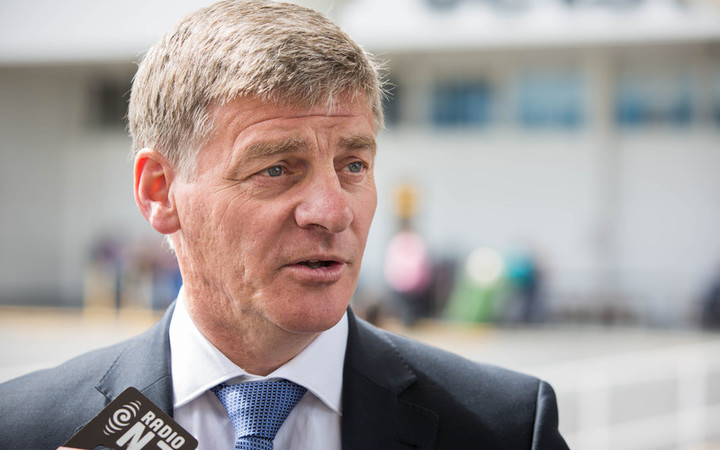 Mr Trump's executive order halted the entire US refugee programme for 120 days, indefinitely banned Syrian refugees and suspended all nationals from Iran, Iraq, Libya, Somalia, Sudan, Syria and Yemen from entering the US for 90 days.

The State Department this morning said that order did not restrict the travel of dual nationals, as long as they hold the passport of an unrestricted country and possess a valid US visa.

The New Zealand government has been advised dual passport holders from any of the seven countries which have restricted entry to the United States under President Trump's immigration ban, will be able to travel to the US on their New Zealand passport.

Mr English said he did not think the policy had been "rolled out in way that suited anyone much".

"So I would hope that if there was going to be other significant changes in their policy that they would implement in a way that means people understand exactly what's happening."

Mr English said it was not a matter of New Zealand having a specific exemption, because the US had "got around to clarifying" that the ban did not apply to dual citizens.

There was communication between US and New Zealand officials overnight, and as long as US authorities kept to the rules of the policy, as he understood it, New Zealanders "shouldn't have any problems", he said.

Mr English is scheduled to have a phone call with Mr Trump in the near future. He said his job was "primarily to maintain a good relationship with the US".

"They're a very powerful economy, important to security and stability across the Asia-Pacific so I imagine we'll be discussing those issues, and views on policies that affect New Zealanders."

He could understand New Zealanders' concern about the Trump policy.

"I think we need to make sure that the policy's not divisive within New Zealand.

"I've reassured particularly the Muslim community here that we don't agree with the policy, we wouldn't implement it and we don't want the same debate that's going on around it to create division in New Zealand."

Mr English said he was quite happy to communicate those views directly when he spoke to Mr Trump.

"But in the long run we need a positive relationship with the US.

"He makes his policy. I wouldn't expect him to be commenting on New Zealand policy in any detail so that's all just part of the discussion."

In this morning's statement the State Department said: "Dual nationals of Yemen, Libya, and Somalia and a Visa Waiver Program country (such as New Zealand) may continue to travel under the VWP unless they have travelled to any of the seven countries on or after March 2011, in which case they must first apply for a US visa."

Dual nationals of Iraq, Iran, Syria and Sudan must have a visa for travel as they are not eligble for the visa waiver programme.