Volkswagen has pleaded guilty to three criminal charges in the US and pay fines totalling $US4.3 billion (NZ$6b) to settle charges over the emissions-rigging scandal.

The firm will pay $US2.8b in criminal fines and $US1.5b in civil fines. 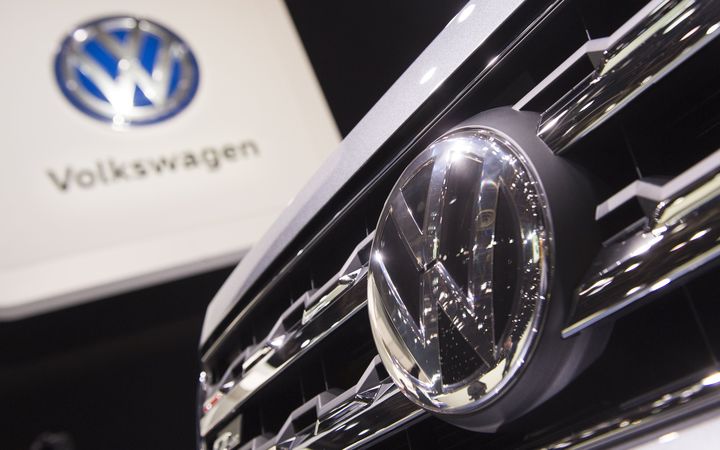 US Attorney-General Loretta Lynch said it was one of the biggest clean air penalties ever achieved.

Hans Dieter Pötsch, chairman of VW's supervisory board, said: "We are no longer the same company we were 16 months ago."

The Department of Justice said VW had a long-running scheme to sell about 590,000 diesel vehicles in the US fitted with a defeat device to cheat on emissions test.

VW will be on probation for three years and be overseen by an independent monitor during that period. It has agreed to co-operate with the DofJ's investigation and prosecution of six executives involved in the crimes.

The firm is pleading guilty to "participating in a conspiracy to defraud" the US and its American customers, as well as breaking the Clean Air Act by using cheating software in its cars.

VW is also charged with obstruction of justice for destroying documents related to the scheme, and with importing the cars into the US "by means of false statements about the vehicles' compliance with emissions limits".

There are still investor and consumer lawsuits pending in Europe.

The $US4.3bn fines means that the total costs associated with the emissions cheating scandal are set to exceed the $US19.2bn the company has set aside to deal with the issue.

VW has already agreed to a $US15bn civil settlement with environmental authorities and car owners in the US.

The scandal erupted in September 2015 when the US Environmental Protection Agency (EPA) found that many VW cars sold in America had a "defeat device" - or software - in diesel engines that could detect when they were being tested and adjust the performance accordingly to improve results.

The German car giant subsequently admitted cheating emissions tests in the US and many countries throughout the world, including the UK.

On Monday it emerged that VW executives knew about emissions cheating two months before the scandal broke, but chose not to tell US regulators, according to court papers.

The bosses involved include Oliver Schmidt, who was in charge of VW's US environmental regulatory compliance office from 2012 until March 2015.

On Monday he was charged with conspiracy to defraud and has been remanded ahead of a court appearance on Thursday.