Syrian rebel groups say they are suspending participation in the preparations for peace talks planned by Russia and Turkey for later this month. 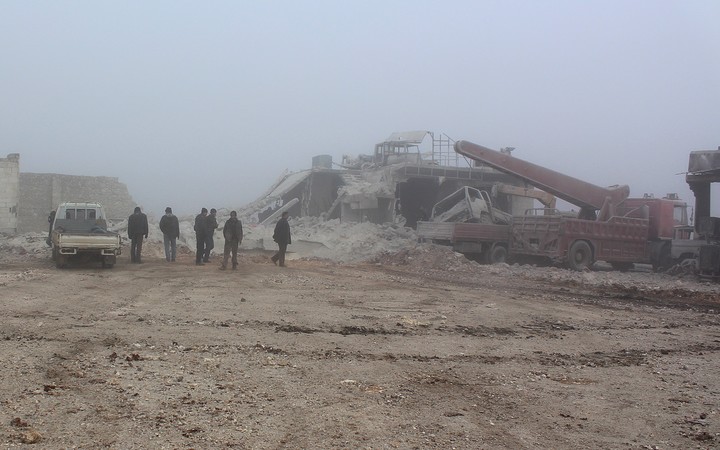 People inspect an area in Etarib district of Aleppo, Syria, after Assad Regime forces used vacuum bombs in what rebel groups say was a violation of ceasefire agreements. Photo: AFP

In a statement, the rebels cited "many and large violations" of the ceasefire by the Syrian government as the reason for their move.

Turkey and Russia brokered the ceasefire deal that has mostly held since last Thursday.

The peace talks are due to be held in Astana, Kazakhstan.

"The regime and its allies have continued firing and committed many and large violations," a statement signed by a number of Syrian rebel groups said.

"As these violations are continuing, the rebel factions announce ... the freezing of all discussion linked to the Astana negotiations," they said.

The statement highlighted fighting in the rebel-held region of Wadi Barada near Damascus. In recent weeks the rebels have accused the government and its allies of trying to recapture the area, which supplies water to the capital. The military denied the allegations.

On New Year's Eve, the United Nations Security Council voted unanimously to welcome the Russia-Turkey efforts to end the Syrian fighting and to organise peace talks.

The new ceasefire deal applies across Syria but excludes the jihadists of so-called Islamic State (IS) and Jabhat Fateh al-Sham (JFS), and the Kurdish YPG militia. 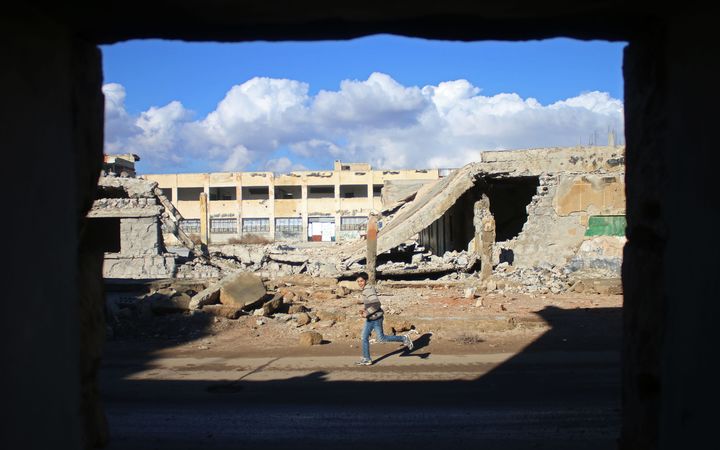 A Syrian boy runs past the rubble of destroyed buildings in the rebel-held area of Daraa, in southern Syria. Photo: AFP

Syrian government forces, allied militias and the Russian military are allied against the FSA plus several other groups now under the truce agreement.

Ahrar al-Sham, which said it had "reservations" about the deal, and Jaysh al-Islam are Islamist groups that Russia has previously described as terrorist organisations.

However, IS and JFS and the groups affiliated to them were not part of the agreement, according to the Syrian army.

JFS said on Friday it would continue to fight President Assad, with a spokesman saying the political solution under the truce would "reproduce the criminal regime".

Members of the group are currently operating as part of a rebel alliance that controls Idlib province.

he FSA also said the deal did not include the Kurdish Popular Protection Units (YPG).

The militia, which has captured large swathes of north-eastern Syria from IS with US support, is designated a terrorist organisation by Turkey.

The truce is nominally nationwide, although it really only covers the areas where the sides who have signed up have a presence - western Syria.