Sporadic clashes and air strikes have been reported on the first day of a ceasefire in Syria, but there has also been calm across much of the country. 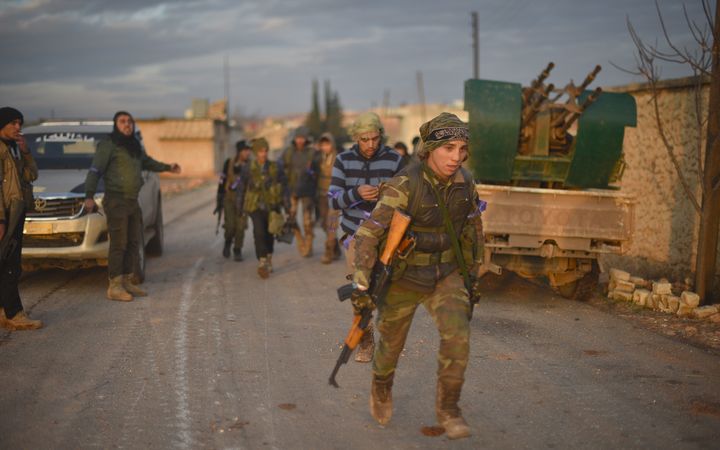 Members of Free Syrian Army move to al-Bab town of Aleppo during the "Operation Euphrates Shield" in Syria on December 16 Photo: AFP

Russia has proposed a resolution to the United Nations Security Council that would endorse the fragile truce and commit the Syrian government and opposition to enter into peace talks next month.

The truce, brokered by Russia and Turkey, came into force overnight. It is the third truce this year seeking to end the nearly six years of war in Syria.

Clashes, shelling and air raids in western Syria marred the truce shortly after it went into force and violence appeared to escalate later on Friday. Islamic State and another jihadist group, Jabhat Fateh al-Sham, are excluded from the deal.

The Security Council met behind closed doors for an hour to consider a proposed resolution endorsing the ceasefire.

Moscow's ambassador to the UN, Vitaly Churkin, said he hoped the council will vote on the resolution tomorrow, although Security Council members recommended changes to the draft and it will likely be revised.

Churkin said there was no conflict between the talks.

He said seven rebel groups involved in talks so far represent 60,000 fighters, and that others would be welcome.