A gunman killed Burundi's environment and water minister early on Sunday as he was making his way home, police said.

It was the first time a senior government figure had been murdered in the country's nearly two years of political violence. 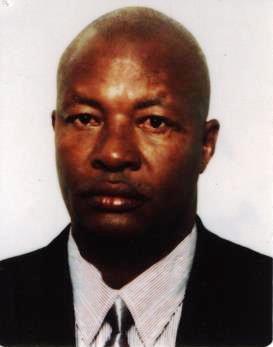 Burundi's environment and water minister Emmanuel Niyonkuru was killed as he was making his way home. Photo: Burundi government website

Emmanuel Niyonkuru, 54, was attacked as he travelled home in the capital Bujumbura, police spokesman Pierre Nkurikiye said in a tweet.

Violent protests erupted in April 2015 after President Pierre Nkurunziza said he would seek a third term - a move opponents said violated the constitution and a peace deal that ended an ethnically charged civil war.

At least 450 people have died in clashes between protesters and security forces, tit-for-tat killings and a failed coup, stoking fears of wider unrest in a region still haunted by the 1994 genocide in neighbouring Rwanda.

"The minister of water and environment was shot ... as he was getting home," Nkurikiye said.

Four people had been arrested for questioning, including the owner of a bar that Niyonkuru visited regularly and two security personnel who were guarding his home. The fourth is a woman who was with the minister when he was killed.

President Nkurunziza said on Twitter the minister had been assassinated and offered condolences "to the family and all Burundians".

Nkurunziza won re-election in July 2015 in a poll largely boycotted by the opposition.

Elsewhere in Burundi, police said seven people were injured when an unknown attacker threw a grenade in a church where people were praying.

That attack occurred on Saturday night in Rugazi district, 40 km north of Bujumbura.

Nkurikiye told Reuters the church where the attack took place was not registered with the government and had been erected illegally. Its leader had been detained for investigation, he said.