While many US voters are tonight celebrating a Donald Trump presidential victory, the election results have sent shockwaves across much of the rest of the world. 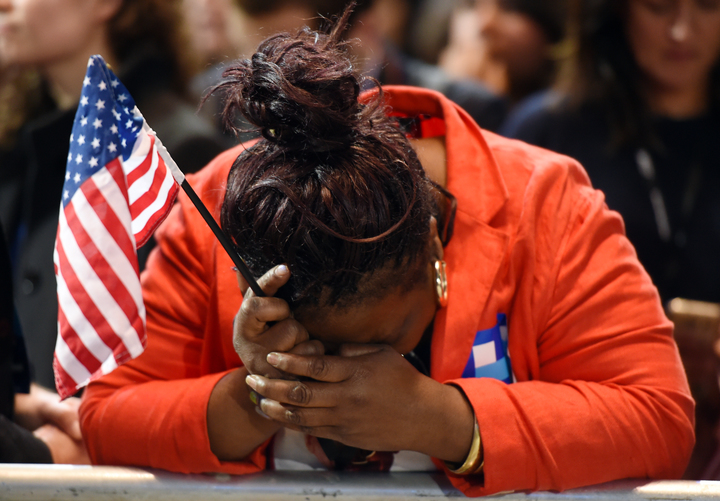 Facebook was abuzz with election comments and conversations. Twitter was a key information source for those following updates. The New York Times reported that, by 10pm local time, 40 million posts had been sent about the election.

@realDonaldTrump Mr President my door will always be open. Congrats on behalf of Pauline Hanson's One Nation Party of OZ. #MAGA #auspol

.@HillaryClinton, however this ends tonight I am so proud of you and so honored to be your friend.

The hashtag #Trumpaggedon began to gain traction, with some trying to find silver linings in the situation.

The election day began positively for the Clinton campaign, with many polls picking Mrs Clinton as the winner and the country's first female president.

This team has so much to be proud of. Whatever happens tonight, thank you for everything. pic.twitter.com/x13iWOzILL

Early on, Mr Trump alleged the polls were rigged, and a senior Trump advisor was quoted as saying, "It will take a miracle for us to win."

Mr Trump's supporters remained optimistic. His daughter, Ivanka Trump, shared a photo shortly after she voted for her father, a moment she said was "surreal".

Such a surreal moment to vote for my father for President of the United States! Make your voice heard and vote! #Election2016 #MAGA #Voted pic.twitter.com/UBgHJcuQGB

As the day progressed, and more of the US turned red, however, Mrs Clinton's supporters began to express their dismay at the prospect of Mr Trump's presidency.