World leaders are reacting to the shock result of the US election with uncertainty about what it will mean for the issues facing the international community. 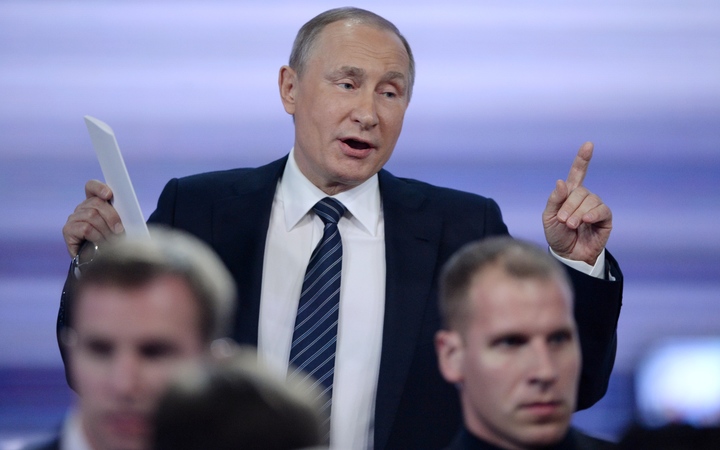 Republican candidate Donald Trump has declared victory after a tightly fought race against Democrat Hillary Clinton, and more than a year of often divisive and controversial campaigning.

The Kremlin said Mr Putin had congratulated Mr Trump in a telegram, saying he hoped there could be work done on US-Russian relations.

Mr Putin said dialogue between Moscow and Washington served the interests of both countries.

NATO chief Jens Stoltenberg congratulated Mr Trump and said he looked forward to working with him, and that a strong NATO was good for the US.

EU foreign policy chief Federica Mogherini said the European Union and the US would continue to work together.

"EU-US ties are deeper than any change in politics. We'll continue to work together, rediscovering the strength of Europe," Ms Mogherini said in a tweet.

British Prime Minister Theresa May also congratulated Donald Trump, saying Britain and the US would remain "strong and close partners on trade, security and defence".

He said the two countries had a strong relationship and he looked forward to that continuing.

Mr Key said a lot was said on campaign trails that didn't work out in office, and he would have been able to work with either candidate.

Congratulations come from the far-right

Congratulations were swift to come from the far-right parties of the world.

"The political left as well as the aloof and sleazy establishment are being punished by voters and voted out of various decision-making positions," he said.

Leader of the UK's Independence Party and pro-Brexit campaigner Nigel Farage had predicted the former reality TV host could harness the same dissatisfaction among voters that led to Brexit.

"I hand over the mantle to @RealDonaldTrump! Many congratulations. You have fought a brave campaign," Mr Farage wrote on Twitter.

France's far-right National Front party leader Marine Le Pen congratulated Mr Trump on Wednesday night (NZT) before the race had been called by either the media or election officials.

"Congratulations to the new president of the United States Donald Trump and to the free American people!" she said on Twitter. 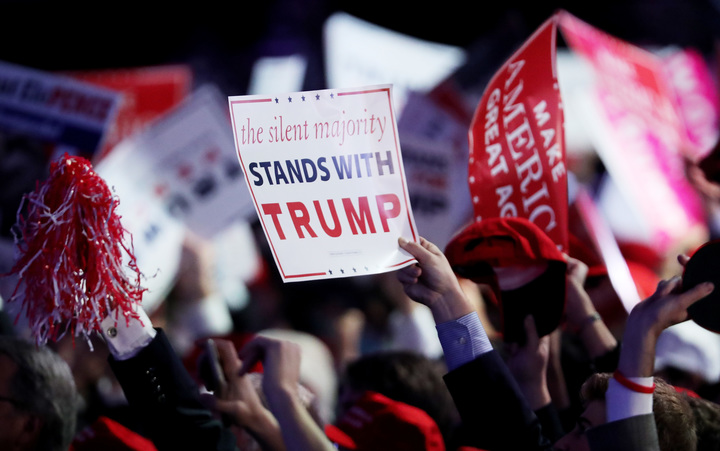 US and Europe still allies

Ahead of the result, with Mr Trump's victory looking likely, French Foreign Minister Jean-Marc Ayrault said France remained an ally of the US, and it would have to see what the policies of the new president would be.

But he said it must not weaken relations between the US and Europe, and France would need clarification on the US position on climate change, the Iran nuclear deal and Syria.

Mr Ayrault said: "France is an ally of the United States. We are therefore a key partner, and we need to work together for stability and peace in the world, and for a world which tackles the key issues facing it."

"We are going to need to understand what the new president will want to do," he added.

Asked about Mr Trump's personality, he said: "It makes you think, it asks questions. It has certainly provoked reactions."

A senior member of German Chancellor Angela Merkel's conservative party, Norbert Roettgen, said earlier on German radio that the government was uncertain what Mr Trump would do if he won.

"Geopolitically we are in a very uncertain situation," he said.

And German Defence Minister Ursula von der Leyen said the developments in the US election were a "huge shock", but that she thought Mr Trump knew that the vote was not for him, but against the establishment.

The Chinese government said it would work with the new president to ensure the steady and sound development of bilateral ties.