Donald Trump's campaign team has sought to allay negative views expressed overseas towards their candidate, a day before the US goes to the polls. 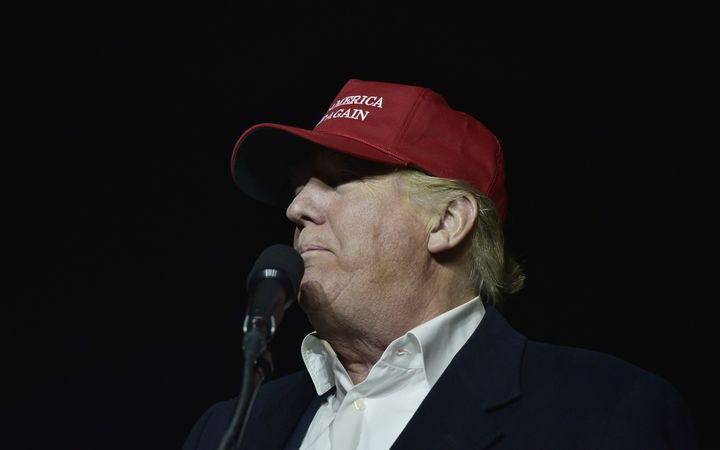 The Republican candidate's campaign manager Kellyanne Conway told the BBC such antipathy "doesn't reflect why Donald Trump is running and who he would be on the global stage".

She also attacked his Democrat candidate Hillary Clinton's "unremarkable to chequered" record as secretary of state.

Both candidates are undertaking a blitz of campaigning in key states on Monday.

The latest opinion poll, on Fox News on Monday, gave Mrs Clinton a four-point lead, double that of Friday.

Mr Trump has faced a barrage of criticism from some world figures during campaigning. French President Francois Hollande said the businessman made people "want to retch". The UN High Commissioner for Human Rights described him as a danger internationally.

Mr Trump "does say America First and he means it", she said, spelling out the reasons - stopping the loss of American jobs overseas, making sure all partners, including Nato, pay their fair share and renegotiating trade deals that are bad for the US.

Ms Conway also responded to a jibe from President Barack Obama that Mr Trump could not be trusted with US nuclear codes.

The president, during a rally in Florida on Sunday, said that if Mr Trump could not be trusted with a Twitter account, he should not be in charge of US nuclear weapons.

He was referring to a New York Times report that Mr Trump's team had taken control of his Twitter account from him.

But Ms Conway denied the Times report and said Mr Trump could be trusted with the nuclear weapons.

She said that Mrs Clinton had herself "not proved to be qualified with nuclear codes" citing her use of a private email server for classified information when she was secretary of state from 2009 to 2013 in the Obama administration.

On Sunday, the FBI's director said a fresh inquiry into the Democratic candidate's communications had found nothing to change the bureau's conclusion this summer that she should not face criminal charges.

Pointing to what she said was a series of foreign policy errors by Mrs Clinton, Ms Conway said: "The Russian reset was a joke, she owns the fake "red-line" in Syria, she owns the lack of progress in North Africa and she certainly owns Benghazi."

Asked why Mr Trump had been referring to Brexit in recent times, she said he was talking about how the UK's Remain camp had seemed "pretty robust" in the final days before the referendum, but that the Leave team were able to turn out their supporters.

She said: "But I told him just yesterday you should stop referring to Brexit, because it's actually the Trump effect, the fact that you have so motivated new voters and lapsed voters.

"If you waited four hours in traffic to go see him, there's no way you are not going out to vote tomorrow." 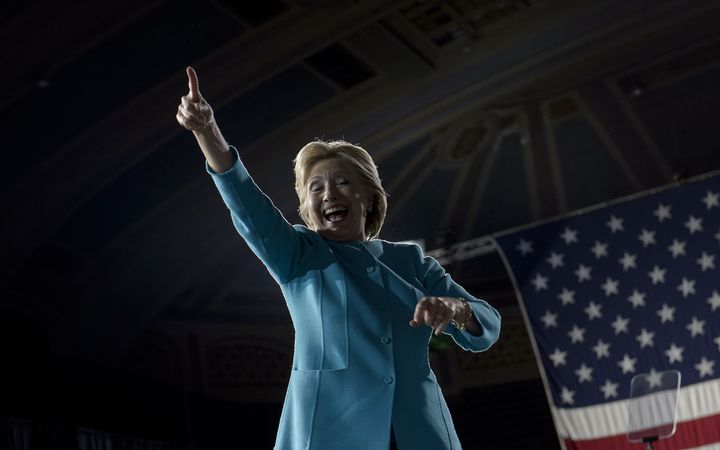 The FBI ruling on the emails has cast a long shadow over the final full day of campaigning.

Mrs Clinton will not be addressing the emails issue on Monday, her team said, but instead pitching herself as the candidate of "healing and reconciliation".

As she boarded her plane ahead of her first rally on Monday, she said: "I have some work to bring the country together. I really do want to be the president for everybody, people who vote for me, people who vote against me."

Mrs Clinton is starting the day in Pittsburgh, then heads to Michigan, a traditional Rust Belt, Democratic stronghold that has been heavily targeted by Mr Trump in recent days.

She will then go to Philadelphia where she will be joined by President Barack Obama, First Lady Michelle Obama, husband Bill Clinton, and Bruce Springsteen.

The Democratic candidate will end her White House campaign with a midnight "get out the vote rally" in North Carolina.

Mr Trump began in Florida and then heads to North Carolina and Philadelphia before ending with a rally in Grand Rapids, Michigan.

In Sarasota, Florida, he again railed against establishment politicians, saying: "We're tired of being led by stupid people", adding: "We're one day away from making the change you've been waiting for your entire life."

Mr Trump will not let up on polling day, visiting Pennsylvania, Michigan, Ohio, North Carolina and New Hampshire after voting in New York.

He must win a high number of about a dozen battleground states to secure the presidency.

The justice department's civil rights division will deploy monitors to polling sites in 28 states on Tuesday, five more than in 2012.