Kurdish Peshmerga forces are closing in from the north on the Iraqi city of Mosul, in the seventh day of the campaign to wrest it back from Islamic State (IS). 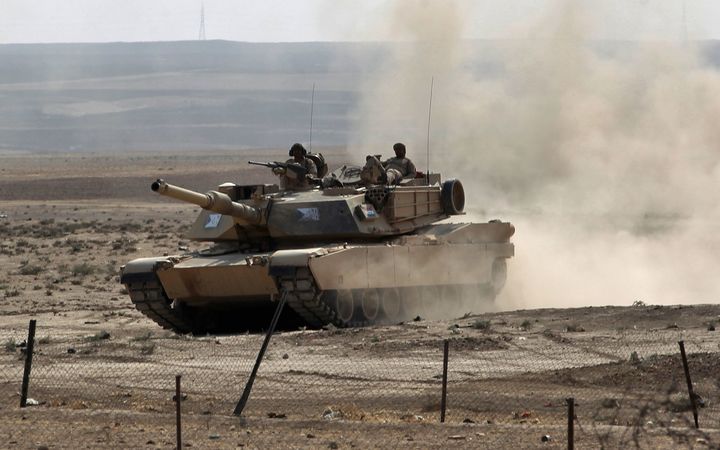 Iraqi government forces enter the village of al-Khuwayn, south of Mosul, after recapturing it from Islamic State on 23 October. Photo: AFP

Iraqi government forces backed by the United States are leading the assault from the south, and Peshmerga commanders said they have advanced within 9km of the city.

The commanders said they had made large advances into IS territory and have secured part of a highway that will limit IS's freedom of movement.

Turkey joined the fight against IS on Sunday, directing artillery fire at jihadist positions in the town of Bashiqa, near Mosul. The Iraqi Prime Minister had on Saturday rejected an offer of Turkish involvement on Saturday. 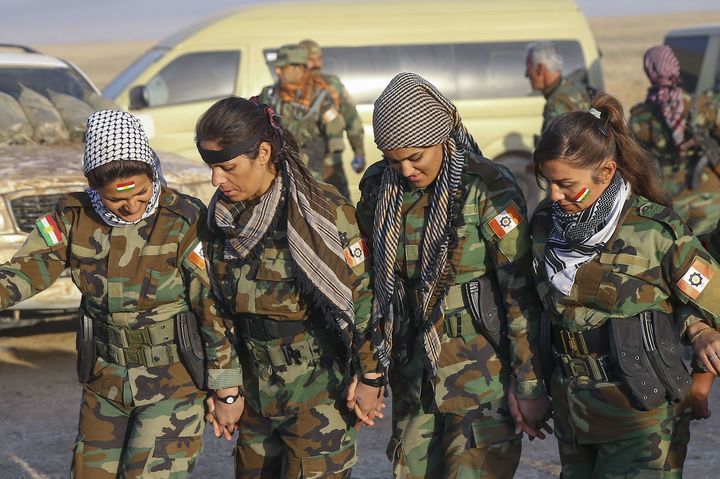 What happened in Bashiqa?

Kurdish fighters killed dozens of IS militants, cordoned off eight villages and blocked IS's ability to supply Mosul with reinforcements.

The top US commander in Iraq, Lt Gen Stephen Townsend, told reporters there had been "considerable success" in Bashiqa on Sunday.

But he cautioned: "I have not received a report that says every house has been cleared, every [Islamic State fighter] has been killed and every IED [roadside bomb] has been removed."

Journalists have not yet been allowed into the town.

Reuters TV footage, shot from a nearby village, showed smoke rising from Bashiqa as Kurdish fighters launched attacks against IS with mortars and machine guns.

What is Turkey's role?

Turkey has insisted that its forces cannot remain idle during the fight to drive IS militants from Mosul. On Sunday, Turkish forces in Iraq fired weapons on militants in Bashiqa.

"They asked for help from our soldiers at the Bashiqa base. So we are helping the tanks with our artillery there."

Bashiqa is close to a military base where Turkish troops are training Sunni Muslim fighters, both Arabs and Kurds.

On Friday, US Defense Secretary Ash Carter suggested Turkey should play a role in the Mosul offensive, but the Iraqi PM Haider al-Abadi balked at the idea, telling the US that there was no need for Turkish forces yet.

In an apparent attempt to divert attention from the Mosul offensive, IS militants attacked the town of Rutba, in the western province of Anbar, on Sunday.

An Iraqi military spokesman reported three suicide car bombs in the city but said the situation was now "under control".

The town had been under IS control since 2014, but was taken back into government hands four months ago. Rutba's mayor said IS entered the city through sleeper cells.

As the pressure builds on IS in and around Mosul, the group has been counter-attacking with suicide bombers and launching assaults in other areas.

On Friday, IS launched an attack on the city of Kirkuk, south-east of Mosul. At least 46 people were killed and many more injured. The city remains under curfew and there were reports of continuing sporadic clashes on Sunday.

Mr Carter, who is visiting Kurdish officials in Irbil, praised the efforts of Peshmerga forces

"They fight extremely well. But because they're fighting hard, they suffer ... casualties.'

Mr Carter said Washington would supply extra support to the Iraqis if it was requested and said the US was planning a simultaneous operation in IS's Syrian stronghold Raqqa, according to the Associated Press news agency.

He said Washington wanted to begin military operations against IS fighters in Raqqa "as soon as possible".

A US-led coalition is backing the assault on Mosul with warplanes and military advisers.

The UN says that 5000 people have been displaced so far by the recent fighting, and it expects another 200,000 will be uprooted in the coming weeks.

On Friday a sulphur factory outside of Mosul was set on fire by militants. Up to 1000 people have been treated in hospital for the effects of toxic smoke.

Aid agencies are bracing for a displacement of up to one million civilians as the battle continues. The UN says some 700,000 people are expected to need shelter.