Heavy clashes have been reported in the besieged Syrian city of Aleppo after a three-day ceasefire ended on Saturday. 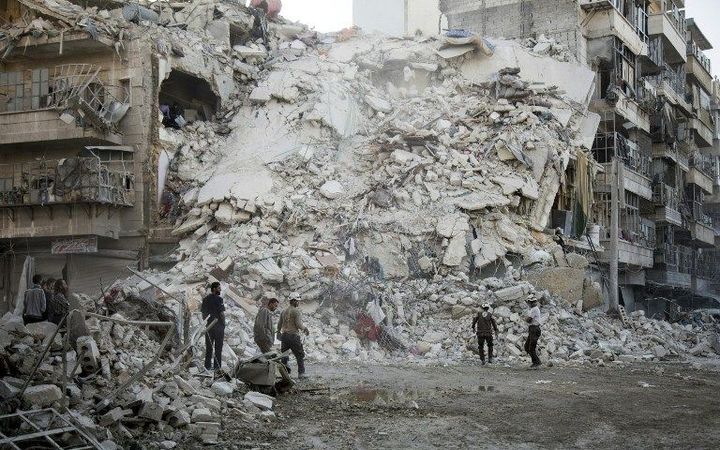 Members of the Syrian Civil Defence, search for victims in a destroyed building following reported air strikes in Aleppo, on 17 October. Photo: AFP

The unilateral ceasefire was announced last week by Russia, which has been carrying out air strikes in support of the Syrian government.

There are also concerns humanitarian aid did not reach the city during the ceasefire.

The Observatory said air strikes hit a key front line in the south-west of the city on Saturday, with clashes between rebel fighters and government troops intensifying in rebel-held eastern districts of Aleppo.

Ismail al-Abdullah, a resident of Aleppo who works as a volunteer with the White Helmets civil defence group, said he had witnessed bombings on the frontline, as well as snipers, in the hours since the ceasefire ended.

On Friday, the UN said a lack of security guarantees had forced it to delay plans to carry out medical evacuations from the city.

And while Russia and the Syrian government had urged people to leave using humanitarian corridors, one group said people were not able to do so.

"Nobody has left through the corridors," Zakaria Malahifji, a rebel official with the Fastaqim group, told Reuters earlier on Saturday.

"The small number of people which who tried to leave were faced with shelling around the [corridor area] and could not leave." 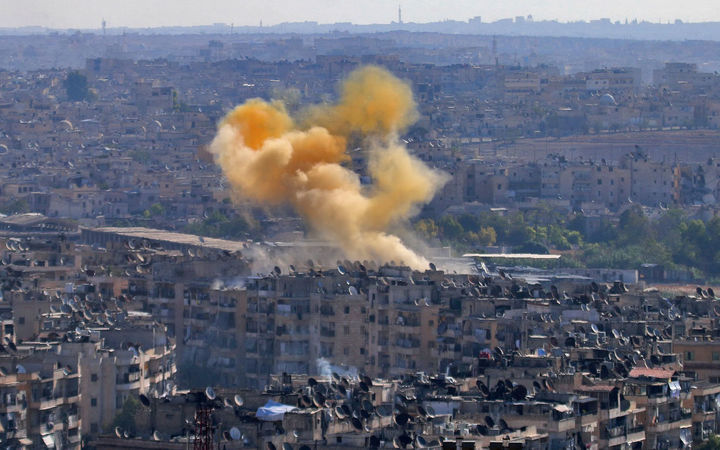 Aleppo, once Syria's largest city and the country's commercial and industrial hub, has been devastated by fighting since 2012. It has been left divided roughly in two, with President Bashar al-Assad's forces controlling the west and rebels the east.

At the start of September, troops and Iranian-backed militiamen severed the rebels' last route into the east and placed its 275,000 residents under siege.

Two weeks later, following the collapse of a nationwide truce brokered by the US and Russia, the government launched a ground offensive to take full control of the city, accompanied by an aerial bombardment of unprecedented scale and intensity.

At an emergency session of the UN Human Rights Council in Geneva on Friday, human rights chief Zeid Raad al-Hussein warned that "crimes of historic proportions" were being committed in the east of the city and elsewhere in Syria.

"The ancient city of Aleppo, a place of millennial civility and beauty, is today a slaughterhouse - a gruesome locus of pain and fear, where the lifeless bodies of small children are trapped under streets of rubble and pregnant women deliberately bombed," he said.