A third toxic gas attack was carried out by Syrian government forces in the north-western Idlib region of Syria in March last year, an international inquiry is reported to have concluded. 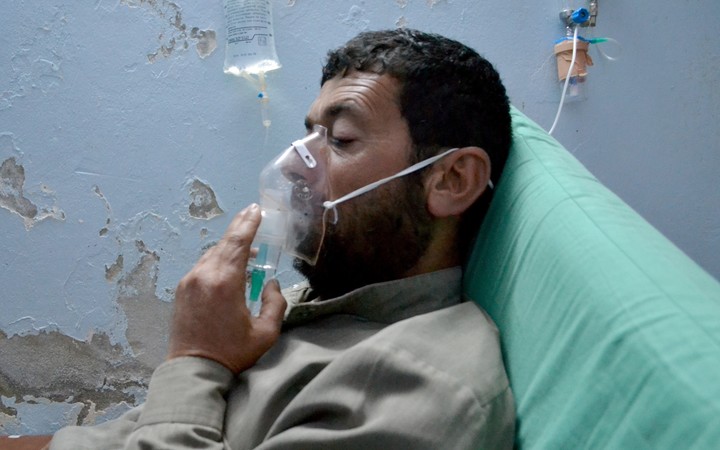 An August report blamed the government for two other chlorine attacks.

The Syrian government has not yet commented on the latest allegations.

Syria agreed to destroy its chemical weapons in 2013 under the terms of an agreement negotiated between Moscow and Washington.

The United Nations Security Council backed up the agreement with a resolution that stipulated that in the event of non-compliance, it would impose measures under Chapter 7 of the UN Charter.

The latest findings - the fourth report from the 13-month-long inquiry by the UN and the Organization for the Prohibition of Chemical Weapons - accused government forces of carrying out the toxic gas attack in Qmenas in Idlib governorate on 16 March 2015.

The conclusions could herald a Security Council disagreement between the five veto-wielding powers, with Russia and China against the US, Britain and France as to how those responsible should be held accountable, correspondents say.

Following the submission of the August report - which also accused the so-called Islamic State group of using of sulphur-mustard gas - Russia argued that the conclusions against it and the government should not be used a pretext to impose UN sanctions.

It said that the helicopter flights could have originated from two bases where the 253 and 255 squadrons, part of the 63rd helicopter brigade, were based.

Navy helicopters from 618 squadron were also located at one of the bases.

But the inquiry said that it "could not confirm the names of the individuals who had command and control of the helicopter squadrons at the time".

It recommended that those "with effective control in the military units... must be held accountable".

The use of chlorine as a weapon is prohibited under the 1997 Chemical Weapons Convention, which Syria joined in 2013.

The US ambassador to the UN, Samantha Power, has described the use of chemical weapons as "barbaric" and called for "all states to support strong and swift action".