The last known prisoner held in China for taking part in the Tiananmen Square uprising is to be released today. 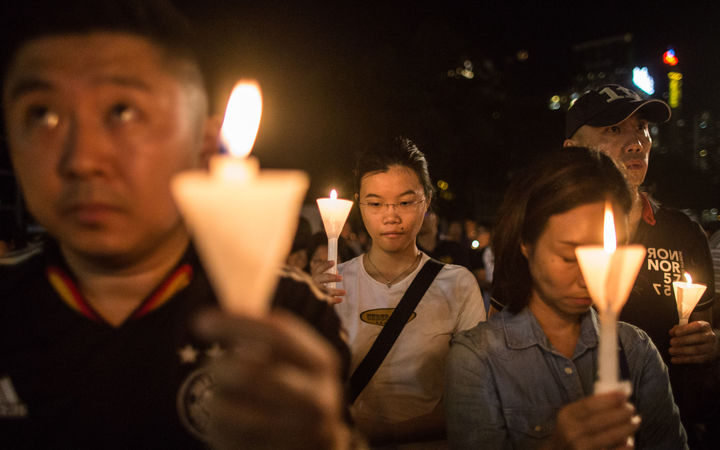 People hold a vigil in Hong Kong on June 4 to mark the 27th anniversary of the bloody Tiananmen Square crackdown. Photo: AFP

Miao Deshun, now aged 52, was one of 1600 people jailed after the brutal military crackdown that followed the pro-democracy protests of June 1989.

Little is known about him; there is no photograph and he has had no contact with the outside world for years.

In 1997 he told his family not to visit anymore, and for a while many believed he was dead, but today, Beijing's Number One Intermediate People's Court has scheduled his release.

In 1989, the 25-year-old was sentenced to death for throwing a basket at a burning People's Liberation Army tank during the student-led demonstrations in Tiananmen Square.

Two years later his sentence was commuted to life and he is now getting an early release for good behaviour.

It is believed his sentence was much longer than most because he was a factory worker and not a student. 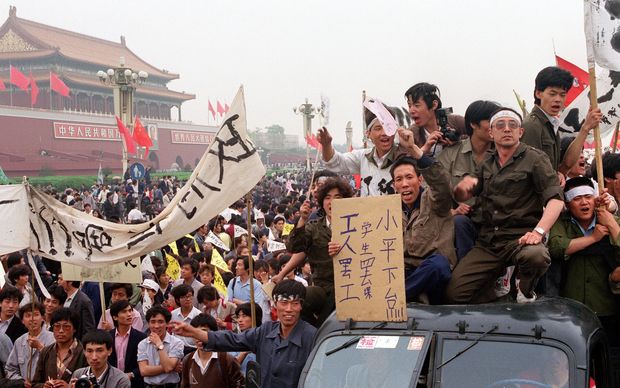 Chinese workers filling the streets of Beijing to support the students' pro-democracy movement in May 1989. Photo: AFP FILE

"We shared the same food - it was only fit for pigs and dogs," he said.

Sun Liyong said he was a very quiet person and hardly spoke to anyone.

"And he refused to be reformed, to admit to any wrongdoing, so he was put in solitary confinement for 10 or 15 days every month."

"He was often electrified, a four or five-man team would electrocute him together, I could hear screaming above me, he was shocked lots of times."

Sun Liyong, who runs a support group for Chinese political prisoners out of Sydney, said he could not see how Miao Deshun would survive on the outside.

He now suffers from chronic schizophrenia. In the early 2000s he was transferred to Yanqing, a prison for the mentally ill.

Miao Deshun's release will go unnoticed in China, where the Communist Party has effectively whitewashed the massacre, in which hundreds of protestors were gunned down by the military.

One of China's most prominent dissidents, Yang Jianli, who now lives in the United States, said the sacrifices they made have been worth it.

"Students stood up against government corruption, for freedom and democracy, they changed the mindset of the people," he said.

But Chinese President Xi Jinping is cracking down harder than ever on dissent, freedom of speech and human rights.

Yang Jianli said they were the darkest days since Tiananmen protests.

"Xi wants to continue communist rule forever so he is acting out of fear, not confidence," he said.