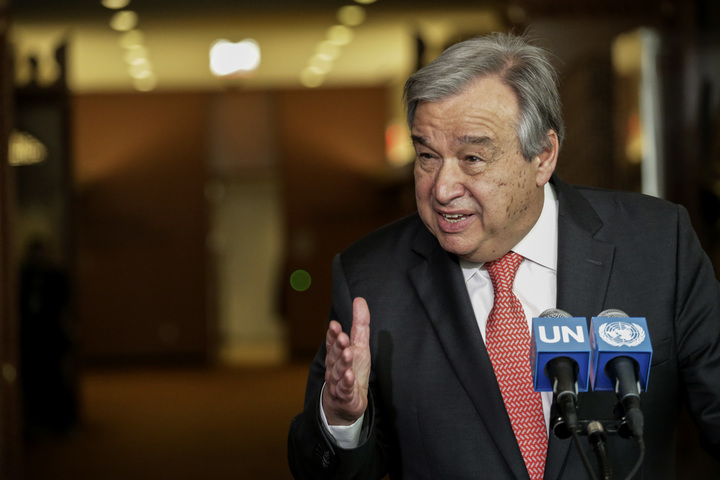 He said he would take a humble approach in trying to deal with global issues, with human dignity at the core of his work.

He said the world had a moral obligation to end the suffering of people in Syria, Yemen and South Sudan.

"Over the last ten years I have witnessed first hand the suffering of the most vulnerable people on earth. I have visited war zones and refugee camps, where one might legitimately ask, 'what has happened to the dignity of the human person?'."

Mr Guterres, who trained as an engineer, entered politics in 1976 in Portugal's first democratic election after the "Carnation revolution" that ended five decades of dictatorship.

As head of the UNHCR refugee agency from 2005 to 2015, he led the agency through some of the world's worst refugee crises, including those in Syria, Afghanistan, and Iraq.

During that time, he repeatedly appealed to Western states to do more to help refugees fleeing the conflicts.

His nomination came despite a concerted effort to appoint the UN's first female secretary general.

He told the General Assembly that protection and empowerment of women and girls is among his priorities.

"The dramatic problems of today's complex world can only inspire a humble approach. One in which the secretary general alone neither has all the answers, nor seeks to impose his views," he said.

Mr Ban told the assembly that his successor was well-known in diplomatic circles as a man of compassion.

"He is perhaps best known where it counts most - on the frontlines of armed conflict and humanitarian suffering," Mr Ban said.

"His political instincts are those of the United Nations - co-operation for the common good and shared responsibility for people and the planet."