Australian Labor MPs have rejected the government's plans for a referendum on same-sex marriage.

Prime Minister Malcolm Turnbull's election commitment to hold a plebiscite on the issue appears doomed to fail, after the opposition party confirmed it wouldn't back the proposed legislation. 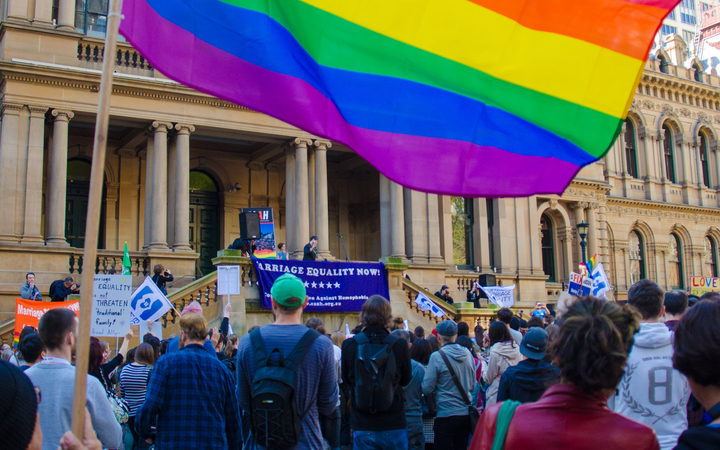 Labor MPs and senators met in Canberra this morning to formalise the party's position.

Opposition Leader Bill Shorten had made it known he would recommend his caucus block the bill.

"Having met these families, having listened to their stories, I could not in good conscience recommend to the Labor Party that we support the plebiscite about marriage equality.

The Greens and a number of balance-of-power Senate crossbenchers have also pledged to block the enabling legislation, meaning it will not pass Parliament.

Shadow attorney-general Mark Dreyfus argued there was no need for a national vote.

"The community has now reached a position where I think there's an overwhelming majority of people who say to the Parliament of Australia, just get on with it," Mr Dreyfus said.

The plebiscite debate was on the lower house agenda today, but it was the Senate that posed the problem because the Greens and the Nick Xenophon Team had vowed to block the plebiscite.

Labor was the government's only hope, which meant the bill was effectively dead, the ABC reported.

The compulsory Australia-wide ballot on whether to allow same-sex couples to marry was set to happen in February next year.

The Opposition criticised the plebiscite for months and today's decision was widely expected.

Labor is expected to keep pressing for a free vote in Parliament on whether to legalise same-sex marriage, but a number of senior government ministers have made it clear that will not happen.

"We could have this outcome four months from today if the Labor Party put the political games aside," he said.

Conservative Queensland LNP member George Christensen this morning said he would be somewhat pleased if the plebiscite was blocked.

"On one hand, I suppose I would be pleased," he said.

"On the other hand, it really is the Labor Party depriving the Australian people of a say."

The Coalition is still expected to introduce the legislation, despite lacking the numbers in the Senate.

He suggested it might be "reasonable" to consider removing public funding for the "yes" and "no" campaigns, if Labor requested it.

"Ultimately, if that is something the Labor Party want to take out, in return for support for a plebiscite, well they should say so and put it on the table.

"It would be a reasonable request and then one that we can consider ourselves."

However, such a move is unlikely, as it would anger conservative Coalition MPs.

The government has also released its proposed amendments to the Marriage Act, which include redefining marriage as being between "two people", rather than "a man and a woman".

The amendments would also allow ministers of religion and marriage celebrants to "refuse to solemnise a marriage".

But the changes would only be implemented if the plebiscite went ahead and was passed.

Mr Dreyfus said earlier that Australia was falling behind other "developed countries".

"All that will happen if the plebiscite bill is voted down is that Australia will be in the same position it was in before August 2015 and, that is, that there will need to be a free vote in the Parliament so that Australia can very belatedly catch up with all of the other developed countries in the English-speaking world."