A leading New Zealand diplomat says the reasons for Helen Clark's failed campaign to be the next Secretary-General of the United Nations are still unclear. 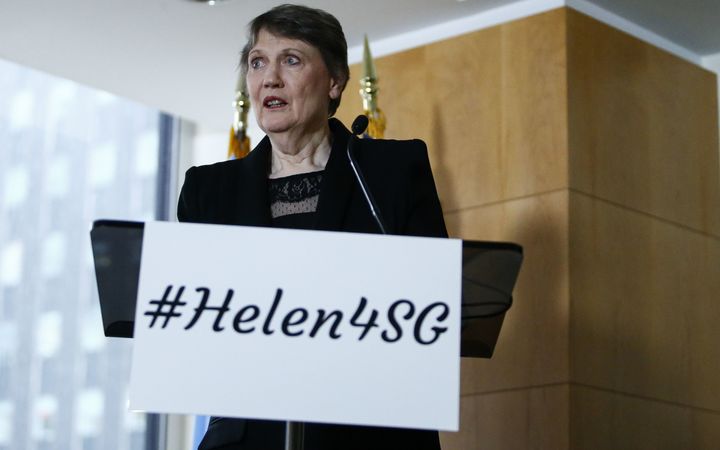 Helen Clark at the launch for her bid to become UN Secretary-General. Photo: AFP

Miss Clark's bid for the job came to an end on Thursday, when the 15-member security council unanimously nominated the former Portuguese Prime Minister, Antonio Guterres.

He had dominated the straw polls, winning more than 10 'encourage' votes on each occasion.

New Zealand's permanent ambassador to the UN Gerard van Bohemen told RNZ it was still not clear why Miss Clark failed, despite her being a strong candidate.

"Everyone said she could do the job, everybody said she was a good leader - despite all of that, we didn't get enough votes to be a frontrunner."

There was not much free dialogue between member states and he still had not been given an explanation from other members, Mr van Bohemen said.

The power imbalance between permanent and non-permanent members on the Security Council could cause friction, he said.

The five permanent countries - China, France, Russia, the UK, and the US - have the power to veto any decisions put before the council.

That could be frustrating to non-permanent states, he said.

"The permanent members do have a right of veto and therefore can have a lot of influence.

"We don't know whether such leverage was used this time, but it is a problem."