The United Nations Security Council has unanimously nominated Antonio Guterres to be the next UN secretary-general. 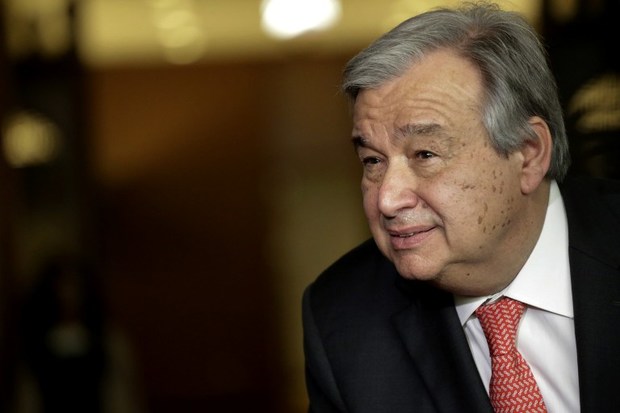 It has recommended the General Assembly appoint him for five years from January the 1st, and the assembly's approval is expected within 24 hours.

The former Portuguese prime minister will replace Ban Ki-moon, who is stepping down after serving two five-year terms.

Mr Ban said Mr Guterres was a "super choice" as his successor.

Mr Guterres would choose his own deputy - it is not known whether he will select one of the other nine candidates for the job, among them former New Zealand prime minister Helen Clark.

Speaking a short time ago at the UN, Mr Guterres expressed his gratitude at being selected.

"Gratitude but also humility," he said.

"Humility when facing the dramatic problems of today's world and humility that is needed to serve.

"And also the humility that is needed to recognise the inspiration that comes from so many workers of the UN and its partners who are doing everything they can in the most dangerous areas of our world."

Vitaly Churkin, the Russian Ambassador to the UN, told reporters the vote was unanimous.

"I would say that we have had a very fair process. We encouraged the presentation of women as candidates.

"We had 50 percent of the candidates were women from the outset to the last straw poll.

"But ultimately I think there was a general agreement among members of the Security Council and beyond that the most important thing is to have the best candidate available.

"And it so happened that the best candidate available turned out to be Mr Antonio Guterres."

The United States Ambassador to the UN Samantha Power says she's pleased with the choice.

"I think this is a day of unity and it is a day when we have come together around someone who is seen as the most qualified, most experienced, best person for the job.

"I was clear all along that although it was high time for a woman, other things being equal, the most important thing for the UK was the qualities of leadership for this position.

"And I think it's fair to say that Antonio Guterres has come through this new and improved, more transparent process at the top of the league."