Analysis - It's reigning men at the UN. How much is gender bias to blame? 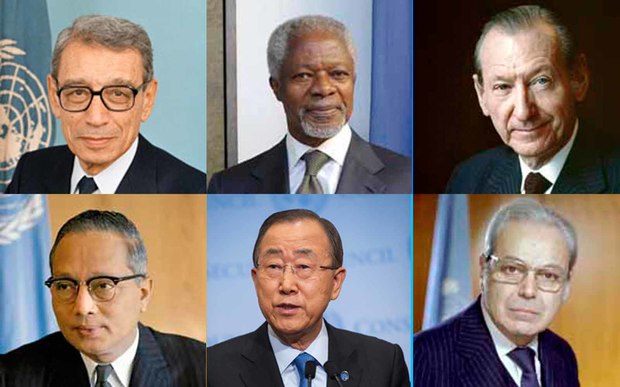 After 70 years of men at the top of the United Nations, 2016 was expected to be the year we elected the first female UN Secretary-General. So why are former New Zealand prime minister Helen Clark and the other women candidates polling so poorly?

For Shazia Z Rafi, the former secretary-general of Parliamentarians for Global Action, the answer is clear: misogyny and gender bias are to blame.

"There is gender bias throughout the whole UN system," Ms Rafi explained. "In the UN in particular, only 15 percent of the ambassadors of the 193 countries are women … only 3 percent of peacekeepers are women. Less than a quarter of the senior positions are women."

Stephen Lewis, the former Canadian ambassador to the UN, said the indifference to women in the United Nations was appalling, and there was a constant willingness to give men preference to run the show.

"It's offensive. It's repugnant to both decency and gender equality and it's very important that we overcome it. One of the ways we start to overcome it is by having a woman as Secretary-General."

Ms Rafi said, in the UN Secretary-General race, it was a case of men voting for men. 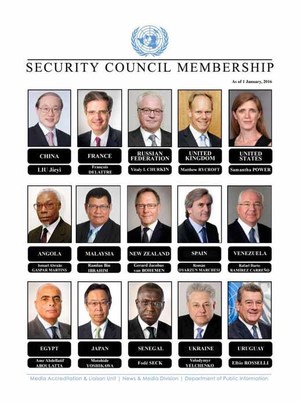 There is one woman on the UN Security Council. Photo: Supplied / UN

Of the 15 Security Council country members, 14 are headed by men - Theresa May from the United Kingdom being the exception. Among the ambassadors of the council members, just one, the United States, has a female ambassador.

"There's an endemic [problem] within the diplomatic set up, both in the numbers, and plus there is an established misogyny as being part of diplomacy."

The head of the gender section for the Commonwealth Secretariat, Amelia Kinahoi-Siamomua, said the poll results were very discouraging - although this was her personal opinion, not her organisation's. "This pretty much reflects that it is still a men-dominated arena.

"These are highly qualified, very strong, very powerful, more than capable women in the race. At the same time, they happen to be women."

But she said there were other issues with regards to the geopolitical dynamic that were also strongly influencing the polling.

The national president of the National Council of Women, Rae Duff, agreed, saying there were other issues involved in the results. "It really is a complex institutionalised view, as well as a geopolitical view, as well as gender bias."

But Ms Rafi, who was also a core committee member of WomanSG, insisted the results clearly showed gender bias.

She said three of the women candidates - Miss Clark, UNESCO's director-general Irina Bokova and Argentina's foreign minister Susana Malcorra - were all equally as qualified as the man who had consistently topped the polls, Portugal's Antonio Guterres.

"He is former prime minister of Portugal. Well, Helen Clark is former prime minister of New Zealand. He has run UNHCR, which is a major agency dealing with the current crisis. Fine, three of the women have run major UN agencies, two of them are currently running one. So this time, you cannot say that the best candidate in terms of qualifications is the one who is the front runner. Nor is it geopolitics. Technically the turn [for the next secretary-general] is of Eastern Europe next, and he is not from Eastern Europe." 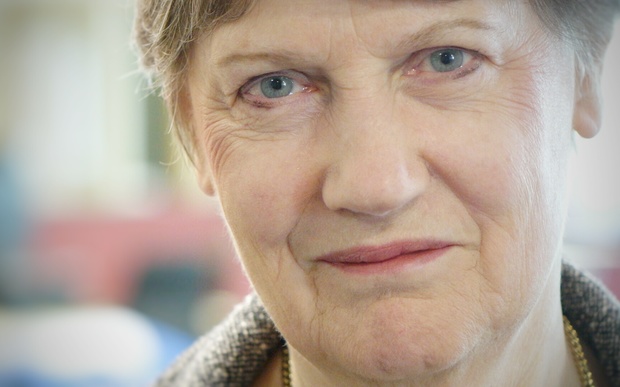 Mr Lewis argued that any man who was still in the running should feel obliged to take themselves out of the race.

"Women represent slightly over half of humankind, surely it's time to have a woman as Secretary-General, and I think men who continue to run in the face of what is so obvious and so imperative are ethically bankrupt. There is no question in my mind."

The previous male secretaries-general have presented a wide range of traits from egomania to palpable incompetence, he added. "I don't see why we say to the women you have to measure up where we've never asked it of the men."

Barbara Williams, the president of the UN Women National Committee Aotearoa New Zealand, said while the results so far were disappointing, it was a long and convoluted process and the hope was that none of the women withdrew at this stage. The former UN climate chief, Christiana Figueres, has, however, announced this week that she was pulling out of the race. There were also reports Irina Bokova might soon bow out to be replaced by another female candidate.

Ms Williams said, while it may be tempting to give up, it was a case of the New Zealand government redoubling its efforts in ensuring a woman candidate, particularly Miss Clark, became Secretary-General.

"We are on the Security Council. While it doesn't necessarily give us the opportunity to determine this outcome at all, it means we're in a powerful position with many of our top diplomats and leaders in New York at the moment. So they have an opportunity to work very hard on behalf of having a woman as Secretary-General of the UN."

She said if there was a failure to appoint a woman to the top position, it just meant they would be even more determined for the future. "It will happen."

It would be very difficult for Security Council member governments, said Ms Rafi, if at the end of it they elected the fourth Western European man to run the UN. "How are they going to face the women of the world who say 'why?'"

Mr Lewis said anyone that became Secretary-General should have one imperative, even if it was a man, and that was that there should be gender parity from top to bottom.

And he stood by an earlier statement, in which he said if a woman was not elected to head the UN, all future job descriptions should contain an asterisk.

"The kind of asterisk that women have understood for generations. It would simply read: Those without penises need not apply."