Helen Clark has won a poll taken among United Nations staff on who the best candidate for secretary-general is. 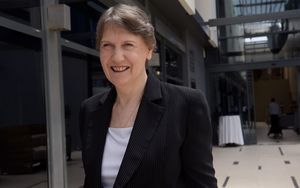 Miss Clark has been insisting she will keep campaigning for the job, despite disappointing results so far in informal ballots taken among Security Council members.

She was placed sixth after the first poll and has dropped to seventh place in the subsequent two polls.

The Huffington Post reports that Miss Clark received 439 mentions when UN staff were asked to name their top three candidates for the job.

In a post on LinkedIn, Miss Clark said she was pleased with the staff poll result.

Miss Clark said she knew from the outset the campaign would be a marathon rather than a sprint and that was proving to be the case.

The next ballot among Security Council members is due next Saturday.