Hong Kong pro-democracy activist Joshua Wong has been detained by Thai authorities in Bangkok, according to the political party he heads. 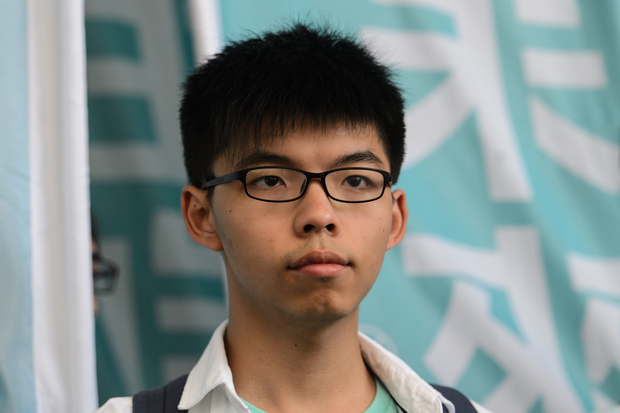 Mr Wong, the face of the 2014 Hong Kong pro-democracy protests, was detained after arriving at Suvarnabhumi Airport, Demosisto said in a statement.

It cited Thai student activist Netiwit Chotipatpaisal, who had invited him to Bangkok and had been waiting for him.

The military leaders, in power since a 2014 coup, said immigrations officials had made the decision to bar him, although no reason for doing so has been given.

Hong Kong citizens can enter Thailand for up to 30 days without a visa.

Mr Wong was at the heart of the mass demonstrations against Chinese influence, which came to be known as the Umbrella Movement, and brought parts of Hong Kong to a standstill for nearly three months.

Demosisto, the party he later founded, calls for Hong Kong to have the right to self-determination.

The 19-year-old activist had been invited by Mr Netiwit to address students at Chulalongkorn University to mark the 40th anniversary of a massacre of students in 1976.

Mr Netiwit said that Thai authorities had "received a letter from the Chinese government" regarding Mr Wong's visit, the Demosisto statement says.

Mr Netiwit had told the South China Morning Post newspaper ahead of Mr Wong's visit that Thailand could hold protests similar to the Umbrella Movement.

Last May, Mr Wong was denied entry to Malaysia where he had been set to take part in talks about democracy in China. He was immediately returned to Hong Kong.

Observers say it is likely he will be sent back to Hong Kong in this instance too.

In recent years Thailand has faced criticism for its co-operation with the Chinese authorities.

He later appeared in Chinese state TV, saying he had voluntarily handed himself over to the authorities over a drink-driving fatality years ago.

There was widespread speculation that he had been deported to China at Beijing's request because of his involvement with a bookshop and publishing house which published material critical of China's leaders.

The UN condemned the Thai authorities last year for deporting two Chinese dissidents who had been given refugee status by the organisation. The two men had been in detention in Thailand for illegally entering the country and rights group believe they were returned to China.

Thailand also sparked international consternation when it sent back dozens of Uighur Muslims who had fled China. The government in Bangkok insisted it acted within international law.

"Wong should be freed immediately and allowed to travel and exercise his right to free expression," said the group's China director, Sophie Richardson.