More than 200 activists have been arrested in Hong Kong after police cleared the main pro-democracy protest camp at Admiralty. 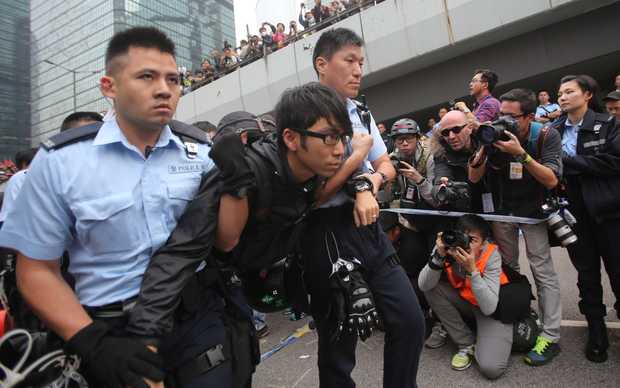 The dismantling passed off peacefully, but many activists vowed to continue with other forms of civil disobedience, according to the BBC.

Police began their operation early on Thursday in what is widely seen as the final act in the long-running protests.

The demonstrations have dwindled in recent weeks from the tens of thousands who turned out in September.

Activists want Beijing to allow free elections for the territory's next leader in 2017. China says everyone can vote but a pro-Beijing committee will screen candidates.

Police officers started to clear the camp and dismantle tents after issuing orders for protesters to vacate the "occupied area" within 30 minutes or face arrest. 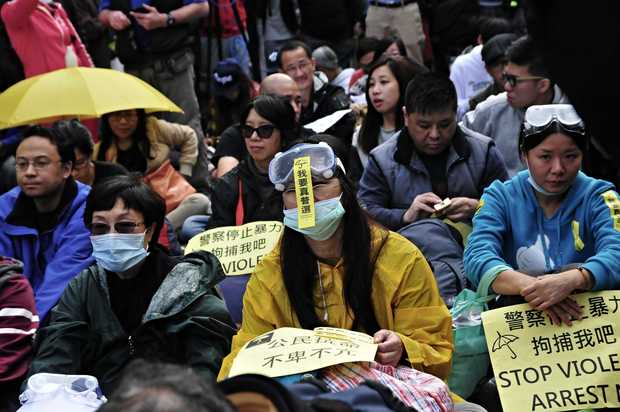 Protesters sit in and refuse to move. Photo: AFP

Meanwhile, a dozen people who opposed the protests turned up to cheer on the police, according to the South China Morning Post. 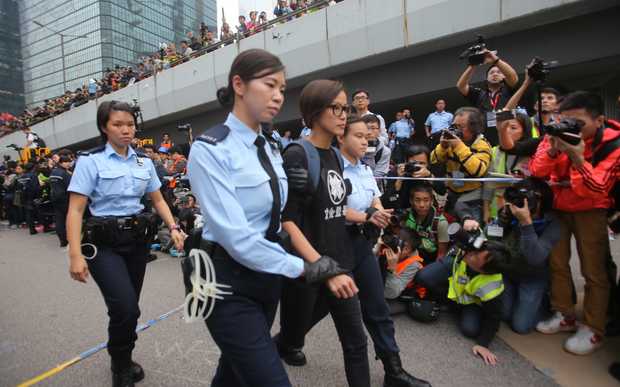