Police in Hong Kong have clashed with pro-democracy protesters as they cleared an underpass near the government headquarters. 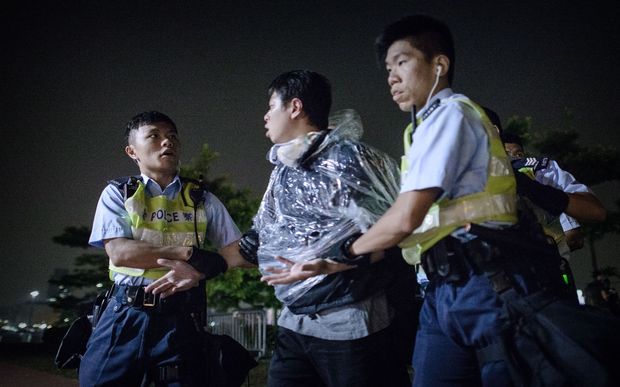 A pro-democracy protester is arrested in Hong Kong. Photo: AFP

Police said Lung Wo Road had to be cleared as it was a major thoroughfare.

After the scuffles, police said officers involved in beating a protester would be reassigned.

Today footage aired on local television showed a handcuffed protester being kicked and beaten by police officers during the operation.

Secretary for Security Lai Tung-kwok said later that some officers seen on the video would be removed from their current duties and that an investigation would be carried out.

Demonstrators, a mix of students and a pro-democracy group called Occupy Central, have occupied parts of Hong Kong for more than two weeks. 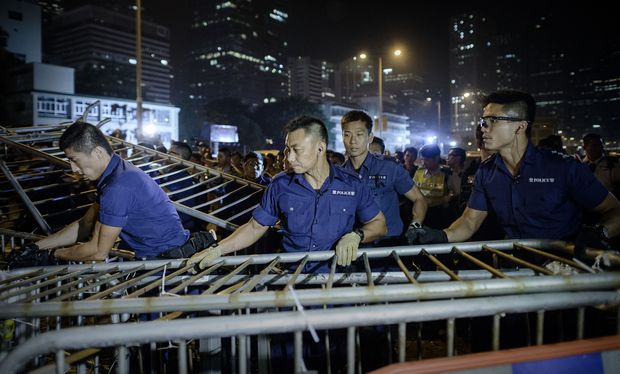 They are demanding fully free elections in the next vote for the territory's leader.

China, which has control over Hong Kong, says residents can vote - but it will vet which candidates are eligible to stand.