Hundreds of police have used chainsaws and bolt-cutters to dismantle barricades put up by pro-democracy activists near the government offices in Hong Kong. 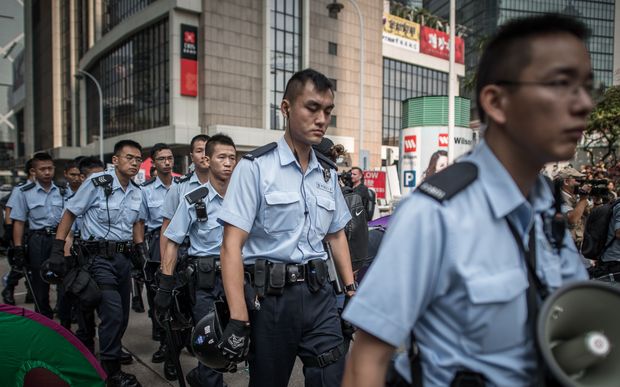 They also re-opened a main thoroughfare in Causeway Bay, a shopping district, the BBc reported.

It is the second day of operations which police said were to ease traffic disruption, not clear the protesters.

Demonstrators have occupied parts of Hong Kong for more than two weeks.

The activists, a mix of students and a pro-democracy group called Occupy Central, are demanding a fully democratic election in 2017.

China, which has control over Hong Kong, says residents can vote - but it will vet which candidates are eligible to stand.