The rainbow flag that symbolises gay pride has been sent into space for the first time via a high-altitude balloon.

Planting Peace, a US-based non-profit group that seeks to "spread peace in a hurting world", launched the flag near Milwaukee, Wisconsin, on 17 August.

The balloon captured video with a GoPro camera as it floated 34.1km above earth for three hours.

The balloon and its flag returned to earth, but the episode was captured in striking footage that showed the planet's surface from above, with the sun beaming behind the flag.

The non-profit group said: "The primary purpose of this declaration is to support the ongoing fight for the fundamental human rights of our LGBTQ [Lesbian, Gay, Bisexual, Trans and Queer] family, moving us closer to a universal understanding that all people deserve to live freely and love freely without fear and discrimination."

It added that the stunt emphasised the need for the gay community to have a safe space in every corner of the universe.

It recently made headlines during the Republican National Convention in Cleveland, Ohio, with a billboard that showed US presidential candidate Donald Trump and then-aspiring Republican nominee Ted Cruz poised to kiss, with the slogan "Love trumps Hate. End homophobia". 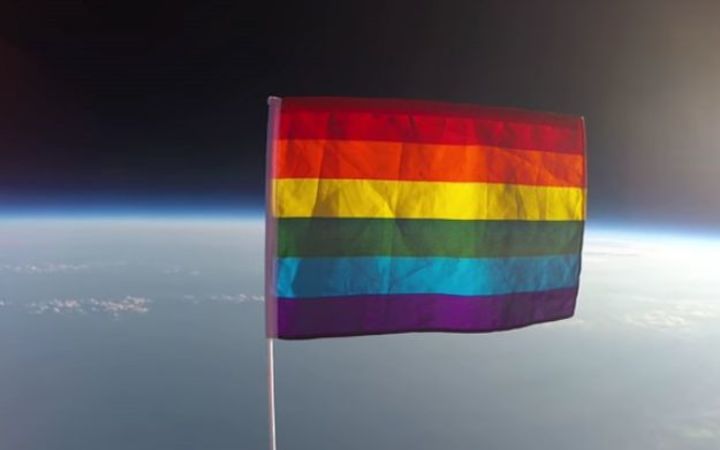