The Federal Bureau of Investigation (FBI) is reported to be investigating suspected attempts to hack mobile phones used by US Democratic Party officials, as recently as the past month. 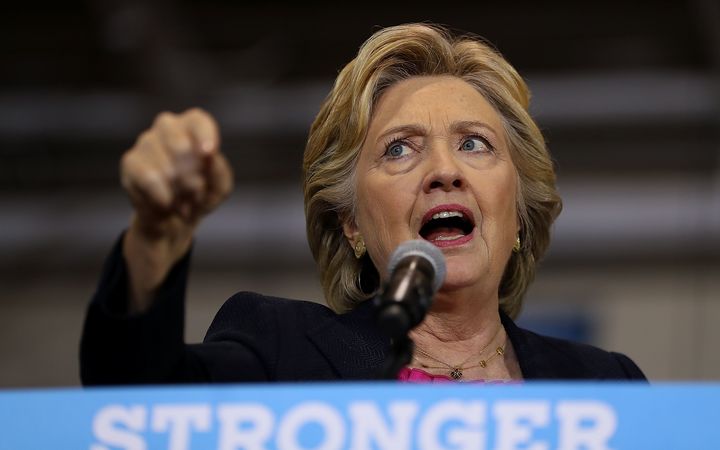 The revelation underscores the widening scope of the country's criminal inquiry into cyber attacks on Democratic Party organisations, including the presidential campaign of its candidate, former Secretary of State Hillary Clinton.

US officials have said they believe those attacks were orchestrated by hackers backed by the Russian government, possibly to disrupt the November election, in which Mrs Clinton faces Republican Party candidate Donald Trump.

Russia has dismissed allegations it was involved in cyber attacks on the organisations.

The more recent attempt at phone hacking also appeared to have been conducted by Russian-backed hackers, two people with knowledge of the situation told Reuters.

FBI representatives had no immediate comment, and a Clinton campaign spokesman said they were unaware of the suspected phone hacking.

The Democratic National Committee (DNC) did not respond to a request for comment. An official of the Democratic Congressional Campaign Committee said that nobody at the organisation had been contacted by investigators about possible phone hacking.

Interim DNC chairwoman Donna Brazile told CNN: "Our struggle with the Russian hackers that we announced in June is ongoing - as we knew it would be - and we are choosing not to provide general updates unless personal data or other sensitive information has been accessed or stolen."

FBI agents had approached a small number of Democratic Party officials to discuss concerns their mobile phones might have been compromised by hackers, people involved said.

It was not clear how many people were targeted by the hack or whether they included members of Congress, a possibility that could raise additional security concerns for US officials.

If they were successful, hackers could have been able to acquire a wide range of data from targeted cellphones, including call data, text messages, emails, photos and contact lists, one person with knowledge of the situation said.

"In a sense, your phone is your office brain," said Bruce Schneier, a cyber security expert with Resilient, an IBM company, which was not involved in the investigation. "It's incredibly intimate.

"Anything that's on your phone, if your phone is hacked, the hacker can get it."

The FBI has asked some of those whose phones were believed to have been hacked to turn over their phones so that investigators could "image" them, creating a copy of the device and related data.

US investigators were looking into whether hackers used data stolen from servers run by Democratic organisations or the private emails of their employees to get access to cellphones, one person said.

Hackers previously targeted servers used by the DNC, the body that sets strategy for the party, and the Congressional Campaign Committee, which raises money for Democrats running for seats in the House of Representatives, officials have said.

Mrs Clinton said during this week's presidential debate there was "no doubt" Russia has sponsored hacks against "all kinds of organisations in our country" and mentioned Russian President Vladimir Putin by name.

"Putin is playing a really tough, long game here. And one of the things he's done is to let loose cyber attackers to hack into government files, to hack into personal files, hack into the Democratic National Committee," Mrs Clinton said.

Mr Trump countered that there was no definitive proof that Russia had sponsored the hacks of Democratic organisations.

"I don't think anybody knows it was Russia that broke into the DNC," he said. "It could be Russia, but it could also be China. It could also be lots of other people."