Russia and the US have a "united front" in supporting a cessation of hostilities in Syria, Australia's foreign minister says. 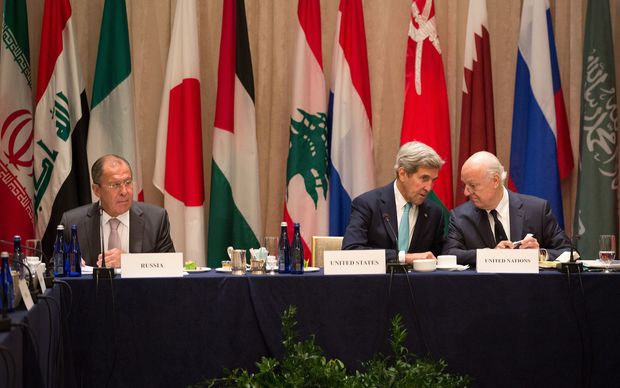 The UN has suspended all aid convoys in Syria after a devastating air attack on its lorries near Aleppo, hours after Syria declared a week-old US-Russia brokered cessation of hostilities at an end.

The International Committee of the Red Cross says at least 20 people were killed. Russia and Syria have both insisted that their forces were not involved.

US Secretary of State John Kerry and his Russian counterpart Sergei Lavrov have met on the sidelines of the UN General Assembly on New York.

After the meeting, Australian Foreign Minister Julie Bishop told RNZ the two had "resolved their differences to the extent there was a united front to support the cessation of hostilities".

The attack on a United Nations convoy carrying humanitarian aid near Allepo and the deaths of 62 Syrian soliders after US airstrikes were both the subject of investigations, but neither Mr Kerry nor Mr Lavrov was laying blame at the feet of the other, Ms Bishop said.

"There were no actual allegations made, or accusations made at the meeting. 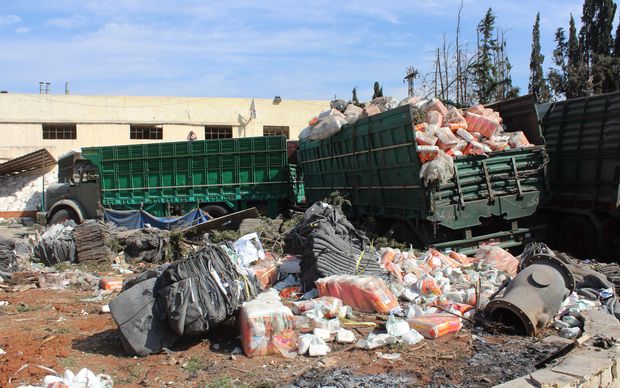 Ms Bishop was asked whether a breakthrough might be possible at tomorrow's Security Council meeting on Syria, chaired by New Zealand.

"There was an agreement reached by Sergei Lavrov and John Kerry, essentially on behalf of of the International Syria Support Group, around 10 September, that included a ceasefire, humanitarian relief and the Syrian airforce to stop flying and the disconnection between the opposition and Al Nusra.

"They were the essential element of the agreement in September and all options are back on the table, but I am hopeful there will be an agreement along the lines that had already been agreed to in September."

However French Foreign Minister Jean-Marc Ayrault voiced doubts over whether a ceasefire could be revived. "I can't answer that question," Mr Ayrault told Reuters. He said that without a ceasefire there would be a "spiral of war, but we have to be honest, the US-Russian negotiation has reached its limits".

International Committee of the Red Cross president Peter Maurer has described the attack on the convoy as a "flagrant violation of international humanitarian law".

Asked about statements made by people in Aleppo describing "bombs falling from the sky like rain" when the aid convoy was bombed, and whether that was potentially a war crime, Ms Bishop said that was "precisely" why an investigation was underway.

"There was a deep level of concern expressed by all foreign ministers in the room, but as the United States and Russia have said there are investigations underway and they should be allowed to take their course. 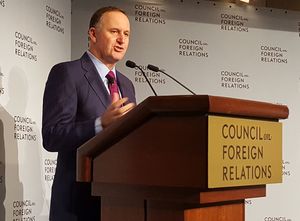 Prime Minister John Key, who will chair the Security Council meeting on Syria tomorrow, said the attack on the UN convoy was "very disappointing" but underlined the pressure on the Council to find a resolution.

"Because what you can see is, in terms of what's left of the negotiated settlement that took place and the position that you saw taken by the Americans and the Russians for a ceasefire, you can see how fragile that is and you can also see how much work needs to be done to bolster that."

Mr Key said at some point, there was going to be an end to the issues in Syria.

"History tells you it may take a very long time, but at some point, it will come to an end and some sort of normality will return.

"The debate is when that will occur, and after five years and millions of displaced people the people of Syria deserve that to happen sooner rather than later.

"And so all we really can do at the Security Council is put pressure on everybody to hold hands and see whether there's more we can do. We can point fingers all day at each other and identify the things that have gone wrong, but it's the pathway for making things right that's really critically important."

Mr Key was asked whether he could give an assurance New Zealand was in no way involved in the US bombing of Syrian troops, in terms of intelligence activities.

"We don't believe so, no. We don't comment on what we do do, but I know that we are not doing things in Syria that would lead us to believe there's any way we could be involved."

Mr Key acknowledged he could not rule out that intelligence provided by the Five Eyes spy network, of which New Zealand was a part, was being used in Syria.

"Without doubt, Five Eyes intelligence probably is being used. That doesn't mean New Zealand gathered it or has played some part in that."

UN chief Ban Ki-moon launched a stinging attack on the Syrian government, saying it had killed the most civilians in the civil war, the BBC reported. In unusually blunt language, Mr Ban said "powerful patrons... feeding the war machine, also have blood on their hands".

US Secretary of State John Kerry, speaking alongside his Russian counterpart Sergei Lavrov, insisted the ceasefire deal was "not dead". UN Syria envoy Staffan de Mistura also said there was still hope but said delegates from the Syria Support Group had agreed the truce deal was in danger.