The FBI has been searching an address in Elizabeth, New Jersey, the mayor said, after a bomb squad set off an explosive device left at a train station. 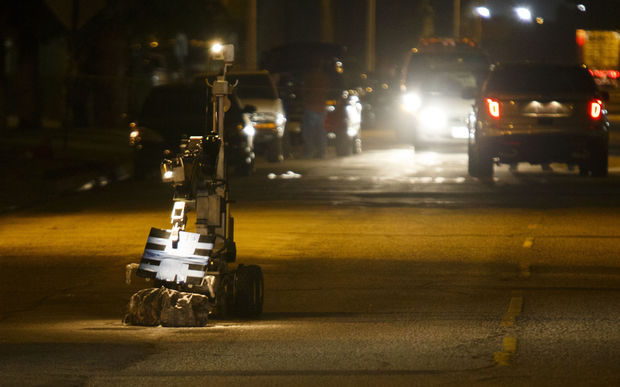 Five potential bombs were found in a backpack in a rubbish bin near a train station in New Jersey.

One exploded after a bomb squad robot cut a wire on the mechanism.

No one was injured in the blast, which followed a series of attacks in the United States over the weekend, including [http://www.radionz.co.nz/news/world/313606/second-device-found-near-site-of-ny-blast a Saturday night bombing that hurt 29 people in Manhattan.

The device in Elizabeth, a city south of Newark, had been left in a backpack placed in a rubbish bin near a train station and a bar.

After cordoning off the area, a bomb squad used a robot to cut a wire to try to disable the device, but inadvertently set off an explosion.

Police said they were also searching an address in Elizabeth in relation to the bombs.

It was one of five potential explosive devices that tumbled out of the backpack when it was emptied. 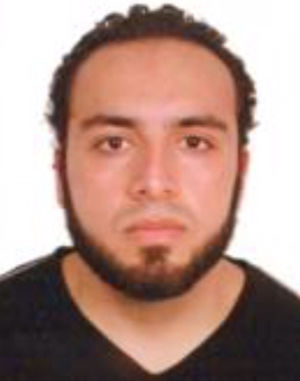 Elizabeth mayor Chris Bollwage said the backpack was found in a rubbish bin.

"Two men walking by picked the backpack out of the garbage can, probably thinking there was something of value in there, walked undewr the bridge.

"They started to examine the backpack, that's when they found the wires and the pipes."

"They dropped the backpack, walked around the corner, walked into police headquarters and notified us rightaway."

Authorities were working to remove the other devices found in the backpack.

The New York Police Department meanwhile released a picture of Ahmad Khan, who they said was wanted for questioning in relation to the bombings there.