At least eight people were wounded in a stabbing attack at a shopping mall in the US state of Minnesota, before the suspected attacker was shot dead by police, officials say. 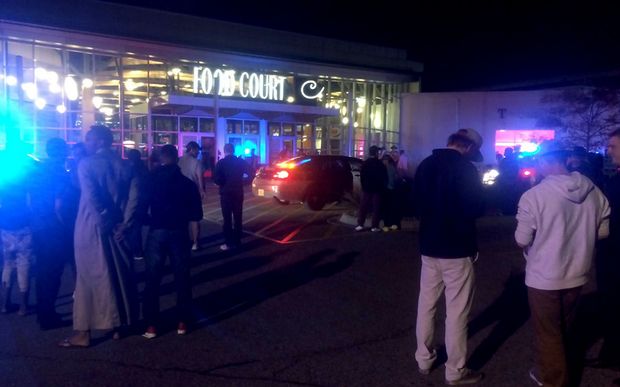 People standing outside the Crossroads Center mall in St. Cloud, Minnesota, where up to eight people were wounded in a stabbing attack. Photo: AFP / KSTP 5 TELEVISION

The man, who was wearing a private security uniform, made references to Allah and asked at least one person if they were Muslim before he assaulted them at a mall in St. Cloud, 110km north-west of Minneapolis, on Saturday, police said.

None of the injuries suffered by the victims were life-threatening, local police said. Seven people have been released from hospital.

The motive for the attack is unclear but Amaq, the news agency affiliated with Islamic State, said the man was one of their "soldiers" and the attacker had carried out the operation "in response to calls to target the citizens of countries belonging to the crusader coalition."

Mr Anderson said police have no evidence to believe more than one person was involved in the attack.

The knife attack in St. Cloud, a community about 60 miles (100 km) northwest of Minneapolis-St. Paul, came at a time of heightened concern in the United States about the threat of violence in public places.

An explosion rocked New York City's bustling Chelsea district on Saturday, injuring 29 people in what authorities described as a deliberate criminal act. But both New York Governor Andrew Cuomo and New York City Mayor Bill de Blasio said there was no indication it was linked to international terrorism.